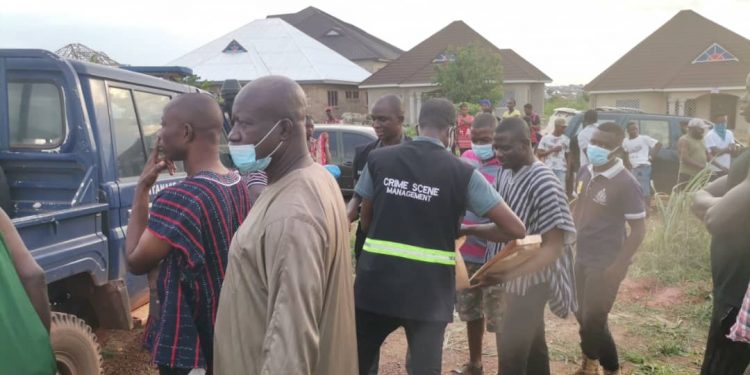 Residents of Feyiase Akoyem in the Bosomtwe District of the Ashanti Region say they are living in fear after a 33-year-old uber driver, who is also a headteacher, was beheaded on Sunday afternoon.

Some inhabitants say they heard a loud cry for help, only to discover a body with the head cut off with some body parts also missing.

The Assembly Member for the area, Samuel Yaw Kwae, who narrated the incident to Citi News, said after seeing the headless body, they embarked on a frantic search which led them to the head of the deceased, few meters away from where the headless body was found.

“I got a call from one of my committee members around 2:05 pm today [Sunday, July 4, 2021] indicating to me that, they have received news of  murder in our community, so I quickly called the police and they confirmed the news to me. So I had to come and lead them to the scene. When we got there, we met a body without the head.”

“They [Police] invited the CID to the scene to take all the needed information for investigations. So after that, I recommended to the police that we do a thorough search for the head of the deceased and indeed they listened to me and the people of the community helped me weed the place and we found the head as well.”

Meanwhile, the deceased’s car was not taken away as all documents in it were intact.

The deceased has been identified as Adjei Israel.

As of May 2021, a comparative analysis of some crime statistics from the first quarters of 2020 and 2021, showed some improvement in policing except in the area of reported murders.

He said the issue needs to be addressed, noting that, “one loss of life in Ghana is one life too many.”