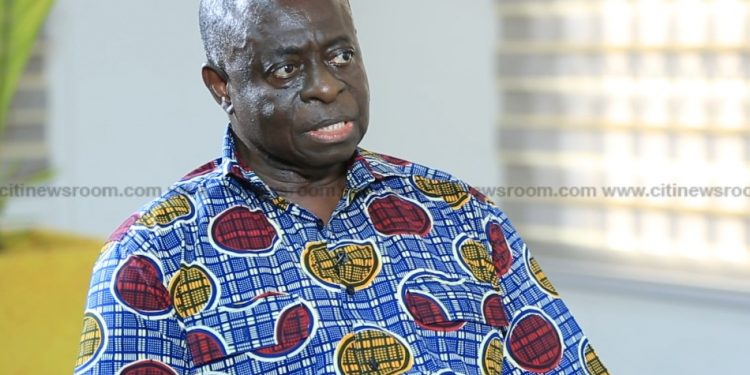 The co-founder of the Centre for Democratic Development (CDD-Ghana), Prof. E. Gyimah-Boadi, has described the draft private members’ Bill seeking to prescribe harsher sanctions for  LGBTQI people and promoters as misplaced.

Speaking on The Point of View on Citi TV, Prof. Gyimah-Boadi, said there were more pressing issues that Ghana’s “exceedingly inactive” legislators ought to be focusing on.

“The question in mind is that, have they decided that homophobic legislation is the best way for them to thank the Ghanaian voter and the Ghanaian taxpayer at large?”

“This use of the limited resources of the legislators of the Parliament of Ghana; both their time and resources, just completely baffles me and also makes me feel disappointed,” he said.

He further felt that the question of the perceived threat of queer people to the Ghanaian social fabric was not valid.

“Why would you be trying to solve non-existent problems when there are serious problems that face all of us.”

“It is not offensive to me if ordinary citizens and citizen groups and civil society  and the public are the ones who are pushing for this legislation.”

Responding to the CDD-Ghana co-founder, the MP for Ho West, Emmanuel Bedzrah, said he was scandalised by Prof. Gyimah-Boadi’s comments.

“For the learned professor to use such words on Members of Parliament shows clearly that he is one of the few people who think that we should continue the way the country is going.”

“It is not just eight Members of Parliament sitting somewhere who came up with this Bill. So I am really scandalised,” Mr. Bedzrah added.

The legislation, titled  “The Promotion of Proper Human Sexual Rights and Ghanaian Family Values Bill 2021”, seeks to ensure up to a 10-year jail term for LGBTQI people.

Groups and individuals who advocate for the rights of LGBTQI people or offer support also face sanctions under the law.

The Bill has sparked outrage from human rights activists and persons sympathetic to LGBTQI people, but a significant number of Ghanaians have welcomed the proposed legislation.

The private members’ Bill is being championed by eight Members of Parliament, including Mr. Bedzrah.