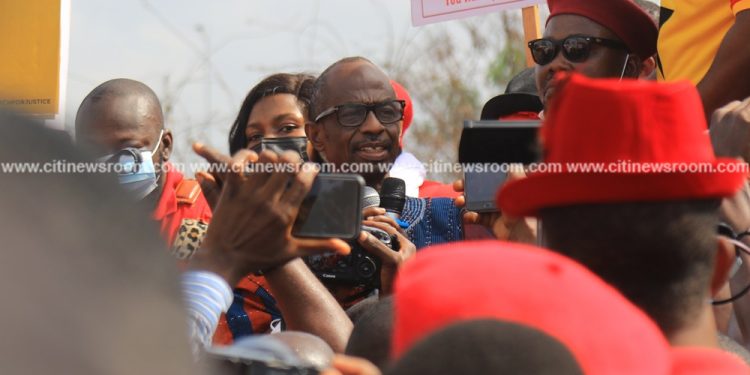 The General Secretary of the National Democratic Congress (NDC), Asiedu Nketia, has charged the country’s youth to be bold and hold the older generation accountable for the happenings in the country since they represent the future.

He was speaking during the NDC youth wing’s ‘March for Justice’ demonstration.

Members of the party’s youth wing demonstrated on Tuesday, July 6, 2021, to demand justice for all persons killed or brutalized by various security agencies in the country.

The NDC’s National Youth Organiser, George Opare Addo, stated that the march is also to call on the government to fix several issues arising in the country.

“We intend to demonstrate and tell this government about our misgivings about happenings in this country. It is going to be a very peaceful march. We are marching for justice for our fallen brothers and sisters, to tell this government to fix the country, and create enough jobs for young people. We want the culture of silence to be broken and insecurity within the country tackled.”

The NDC’s General Secretary, Johnson Asiedu Nketia, said the future of the country is in the hands of the youth, and so the youth must ensure that everything happening now is accounted for so that the country is intact when it is handed over to them.

“I agree with the youth of the country, although I’m old. I think it is time for you to arise and hold the older generation accountable because we will soon hand it over to you, and you need to ensure that we don’t hand over a country with no resources, a country that has had all its resources sold by people to look after their families. Ensure that you are not handed over to a country with an unstable democracy, a country without justice, or a country that promotes war because we can’t look to the security agencies to protect us. I am very happy you are awake and staging this demonstration.”

He also called on Ghanaians who are unconcerned about issues going on in the country to get involved because it will affect them in the long run. 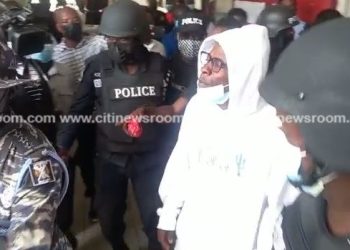