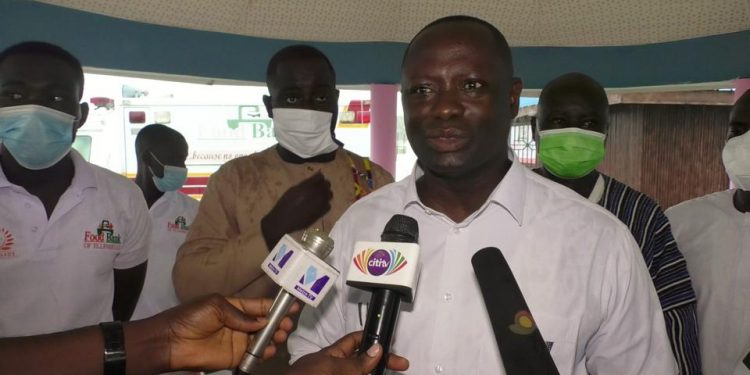 Member of Parliament (MP) for Ellembelle, Emmanuel Armah-Kofi Buah through his model Ellembelle Food Bank programme is expected to feed 12,000 needy, sick, and vulnerable residents of the Ellembelle District for the next 12 months.

The Ellembelle Food Bank was instituted in 2020 by the MP in fulfilment of a promise for a non-partisan managed project that receives food items from institutions and benevolent individuals for redistribution.

The MP through the project has supported victims of disasters, widows, children under 5-years, orphans as well as youth in apprenticeship, especially during the COVID-19 first wave. 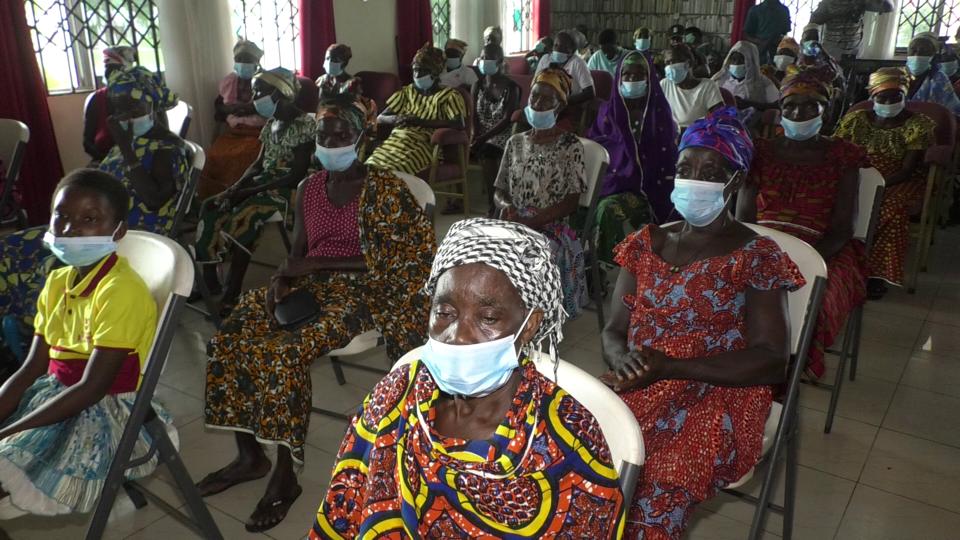 Armah-Kofi Buah speaking to Citi News on the sidelines of the one-year anniversary of the Ellembelle Food Bank explained that the 12,000 target would be a 100 percent increment of the 6,000 needy persons that were fed in the one-year existence of the Food Bank. 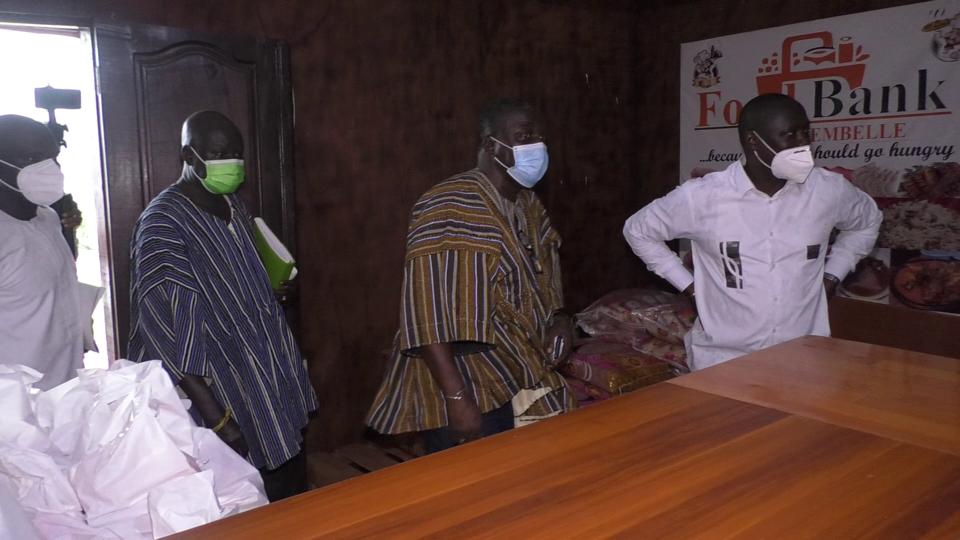 “When we started a year ago, we didn’t have all the chiefs and community leaders here but in the midst of rainfall today, every community is represented. What it says is that they have seen that what we started is a good thing. The reason is that we started with a non-partisan Food Bank management Committee that worked towards doing something based on helping the communities. We made sure that in every community, the chiefs, assembly members and the key stakeholders will meet and identify people in real need, and it is on that basis that the Food Bank will go to the community to give food and so it has had a real impact on the people who really needed it.”

“I’m happy all are supporting irrespective of political or religious differences since this is a bread and butter issue. We were able to feed over 6,000 people last year and our target is to double it to 12,000 this year. I believe the support we have seen today and those we have seen in the past gives me hope that we can really achieve it“, he said. 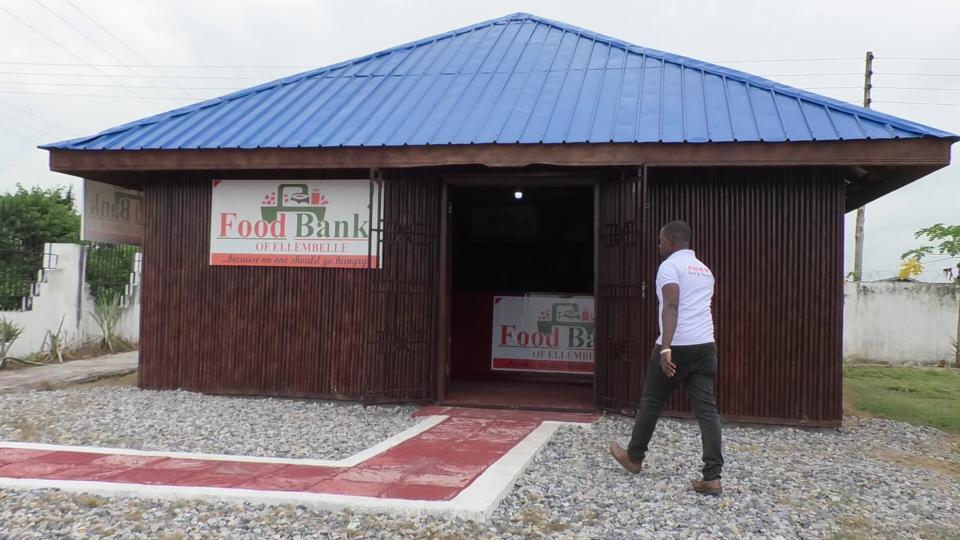 The former Petroleum Minister, while thanking regular donors to the Food Bank, including Quantum Terminal, called on the government to introduce tax incentives to encourage people to give freely to support the needy for it to be emulated nationwide.

“This is truly a repository of hope for the people in this community. The idea is that we are going to look out for one another, that even people who have very little can be part of something bigger. For this reason, I believe that we should create those structures not only in Ellembelle but across the country to encourage the spirit of charity to allow us to support one another, and that is what we have started.” 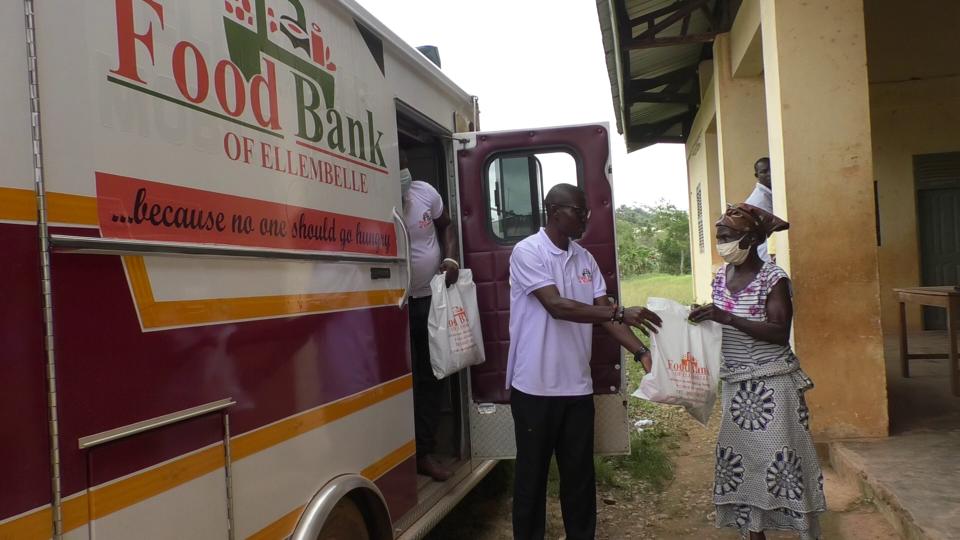 “I pray that a government will come and replicate this across the country because when the COVID hit, Food Banks were the key drivers of support in developed countries, but that was not the case in Ghana. That is why government must really facilitate a structure where if you donate to a charity or a Food Bank, it could be written off with tax,“ he added.

A beneficiary of the Ellembelle Food Bank, John Takubotu recounted to Citi News how he was saved by the Food Bank after undergoing two surgeries without help.

“The Food Bank has really helped me. I have undergone two surgical operations and as an over 60-year-old man whose work is firewood collection, I didn’t have the strength to continue to work to feed myself. But the Food Bank has been helping with my feeding whenever I called them. So if the Food Bank hadn’t come, I wouldn’t have known what could have happened to me, because I grew so lean like a sick person because of hunger, but they rescued me with regular supply of assorted food items”, he said.

The Omanhene of Essikado Traditional Area, Nana Kobina Nketsia who chaired the one-year anniversary celebration of the Ellembelle Food Bank praised Armah-Kofi Buah for being a pacesetter and called for him to be supported.

“The only place in Ghana that has a Food Bank is Ellembelle, hence I have to personally support such a course. We must learn to support ourselves and support good initiatives, just as this one was started by Armah-Kofi Buah. It is a godly work that has been channelled through him, and the rest of us must support him to be successful at it. He did not do this for himself, but for all of us. We have to help this to end the selfishness in the current era, which is not an African way of life”, he said.

The Member of Parliament for Evalue-Ajomoro-Gwira, Kofi Arko Nokoe and the MP for Jomoro, Dorcas Afo Toffey who graced the occasion also donated Food items to the Bank praised Armah-Kofi Buah for his commitment to his constituents and his inspiration to young MPs.

They promised to replicate the Food Bank model in their constituencies within the appropriate time to also support the needy. 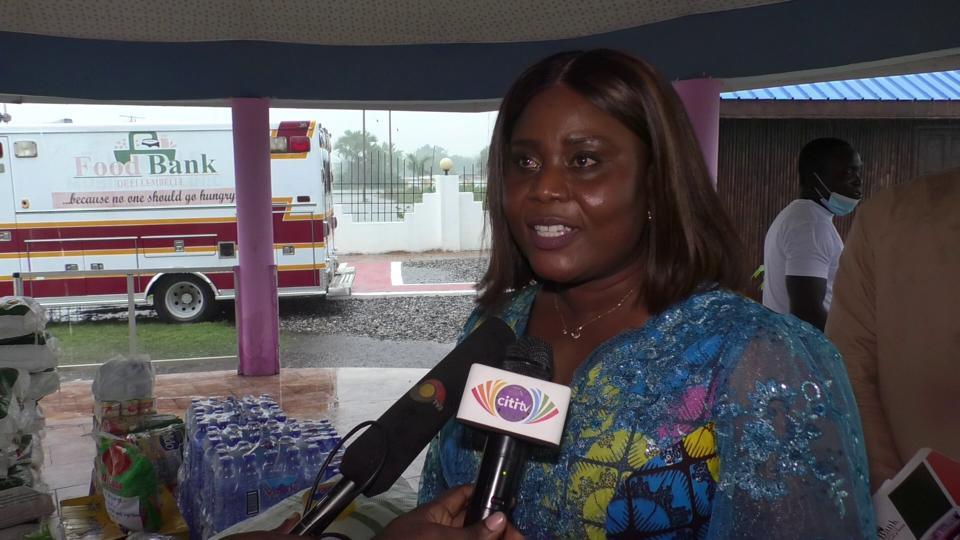 The Human Resource Manager of Quantum Terminal, Anastasia Antoinette Abban who on behalf of Quantum donated 50 bags of rice worth GHS10,000 and a cash donation of GHS5,000 assured the Food Bank of Quantum’s continued support to enable the Bank to sustain its positive impact on the needy and vulnerable in Ellembelle.