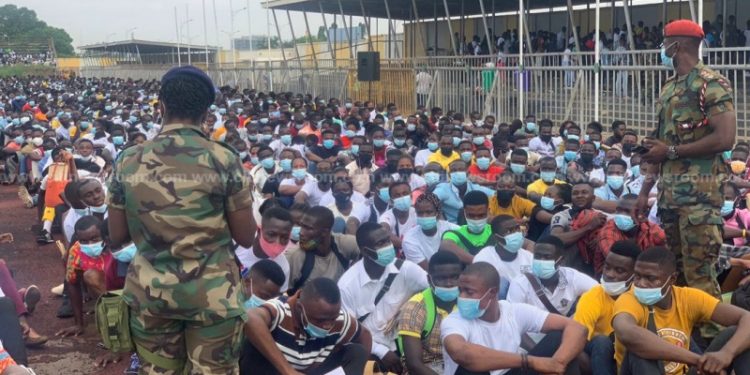 Thousands of young Ghanaians thronged the El Wak Sports Stadium on Monday, July 19, 2021, in Accra to participate in a documentation and medical screening process for recruitment into the Ghana Armed Forces.

According to the Commanding Officer for the 5th Infantry Battalion, Lieutenant Colonel Prince Tandoh, those who showed up for the exercise included Senior High School graduates, and tertiary degree and diploma holders.

Lieutenant Colonel Prince Tandoh said an aptitude test will be taken by persons who successfully pass the first stage of documentation and medical screening. 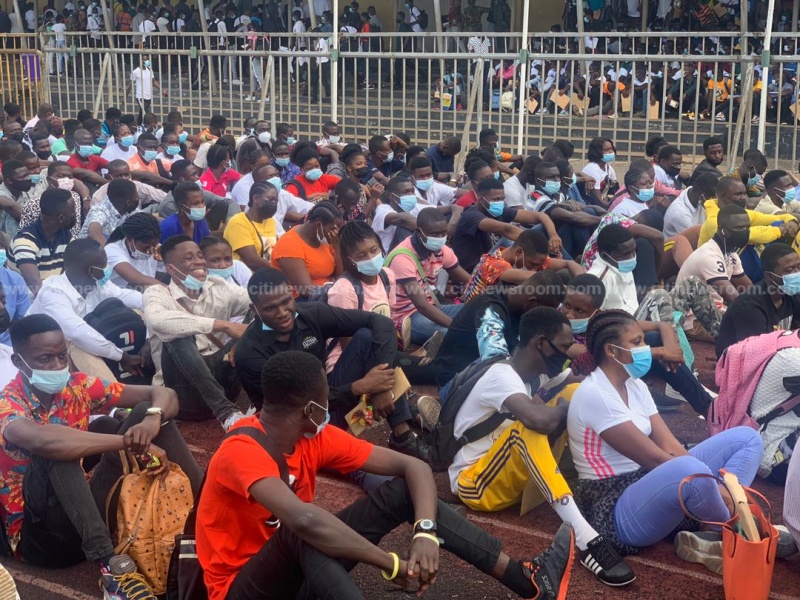 Since 2017, the Ghana Armed Forces have not recruited any individual into the service.

In May this year, the Daily Graphic published an announcement from the Ghana Armed Forces informing the public of the commencement of a recruitment exercise.

From as early as 4 am, some young Ghanaians from across the country besieged the El-Wak Stadium and joined a queue which went as far as the Cantonments Post Office.

Those gathered at the venue were expected to submit their credentials for documentation and medical screening.

Those who made it inside the stadium were asked to sit on the ground in groups as they waited to go through the process.

The applicants, made up of mostly unemployed young people, say the first stage has been stressful.

They are hopeful of being among the few to be recruited.

“As I entered, I felt pressure because the people here were too many. I did not even expect to finish early,” one of the applicants said.

Commanding Officer for the 5th Infantry Battalion, Lieutenant Colonel Prince Tandoh told Citi News that the military would ensure the adherence to all Covid-19 protocols in the ongoing process.

“Only those with print-out forms will be allowed to come in, and you can also see that we have sanitisers and veronica buckets around, so we are doing our best to maintain the protocols.” 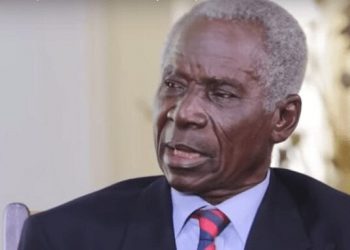