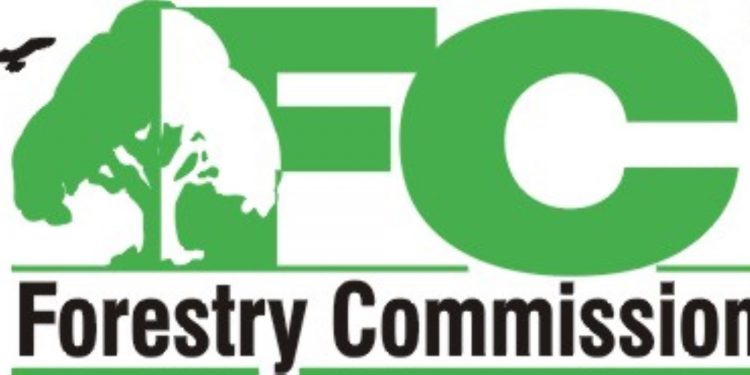 The Forestry Commission has announced a ban on hunting or capturing of wild animals effective Sunday, August 1, 2021.

The ban, which is declared annually and known as the ‘Close Season’, is in accordance with the Wildlife Conservation Regulation 197, LI 685.

The Forestry Commission in a statement said persons found to have defied the ban will be held liable for the offence.

While it will be illegal throughout the period to hunt, capture or destroy any animal, a special licence can be issued to persons who want to hunt grass-cutter, also known as ‘Akrantie’

“The annual ban on hunting, capturing and destroying of wild animals otherwise known as ‘Close Season’ begins on 1st August 2021, and ends on 1st December 2021, in conformity with the Wildlife Conservation Regulation 1971, LI 685.”

“During this period, it shall be illegal for anybody to hunt, capture or destroy any wild animal except the grass cutter (Akrantie), which can be done only under Licence issued by the Wildlife Division of the Forestry Commission.” 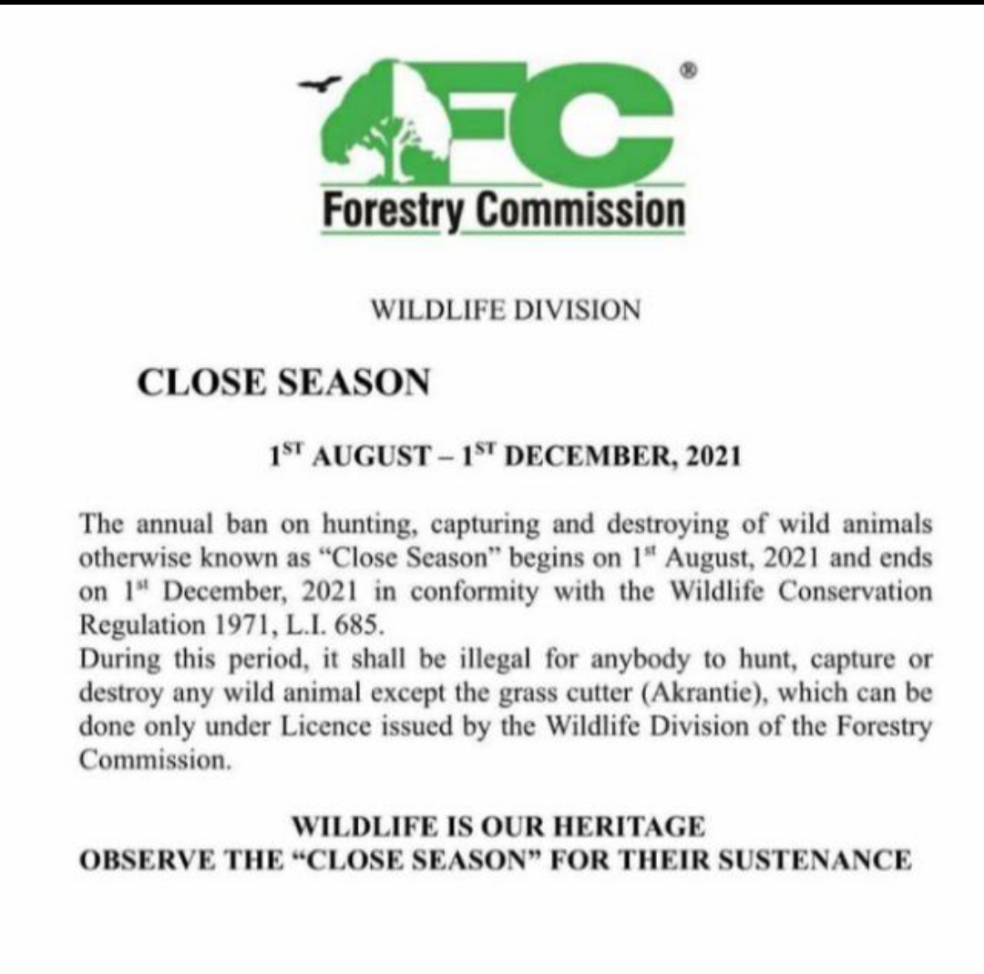 The Forestry Commission annually announces the ‘Close Season’ in order to check the fast decline of wildlife in the country’s forest reserves.

The Forestry Commission has been of the view that the wealth of biodiversity the country has, is being lost due to encroachment, illegal mining, forest degradation, unbridled hunting among other things.

It has been observed that the decline of wildlife in the country must be reversed to sustain human livelihood and Ghana’s heritage.