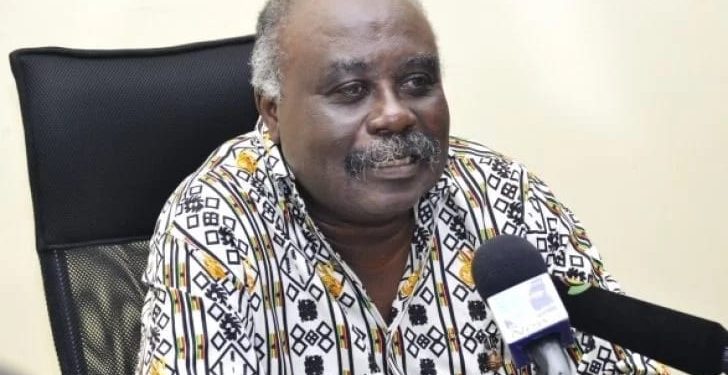 Chief policy analyst at the Ghana Institute of Public Policy Options, Charles Wereko-Brobby has called on Ghanaians to reject calls for a public enquiry into a $5 million bribery allegation made against the Chief Justice, Kwesi Anin-Yeboah.

He believes such calls from the opposition National Democratic Congress (NDC) including a request for the Chief Justice to step aside while investigations continue are mere politics.

“Their (NDC) call for a commission of enquiry into the allegations against the CJ on the GHS5 million allegations, is just politics and must be dismissed. If the chief had come out to say that the CJ demanded the said amount from him, or he was made to pay the said amount, then this matter would have demanded more merit but as it is, it is hearsay, and it should be dismissed for what it is,” he said.

A private legal practitioner, Akwasi Afrifa while responding to a petition filed against him at the General Legal Council alleged that a former client he was representing at the Supreme Court told him that the Chief Justice had demanded a US$5 million bribe from him to allegedly influence a court case in his favour.

Anin-Yeboah has denied the allegation and petitioned the Director-General of the Criminal Investigations Department (CID) of the Ghana Police Service to investigate the matter.

The General Secretary of the NDC, Johnson Asiedu Nketiah at a press conference on Tuesday, 13th July 2021 argued it was necessary for the Chief justice to step aside, so the investigation is not compromised.

“The difficulty with this is that the investigations would concern the Chief Justice, who is the subject of the bribery allegations in this matter and in whom disciplinary authority against Judicial Officers is vested under Section 18 of the Judicial Service Act.”

“Good governance dictates that the Chief Justice steps aside during the pendency of the investigations by the Judicial Service relative to the issue of alleged misconduct on his part as a Supreme Court Judge. The Chief Justice cannot be a judge in his own cause, hence cannot set up a committee to investigate allegations of misconduct against himself.”

But while speaking on Newsfile on Joy FM, Mr. Wereko-Brobby insisted that since the said allegation isn’t coming from the chief in the suit but his lawyer with whom they have an issue, it cannot be taken seriously.