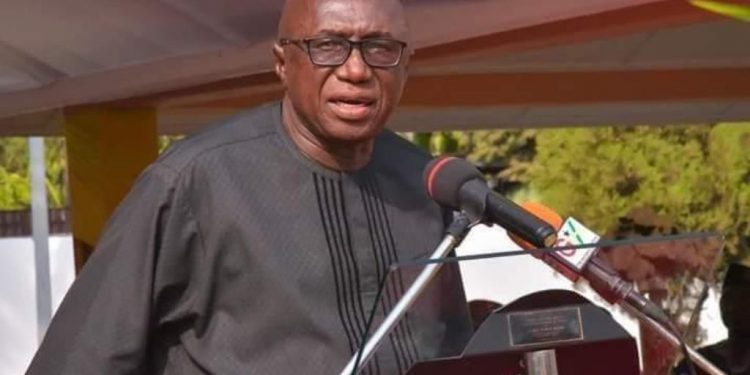 The Minister for Interior, Ambrose Dery, is expected to make public the names of the committee to work on the public inquiry into the Ejura killings as ordered by President Nana Addo Dankwa Akufo-Addo.

The committee has ten days to submit its report.

“The President of the Republic, Nana Addo Dankwa Akufo-Addo, has instructed the Minister for the Interior, Hon. Ambrose Dery, MP, to conduct, forthwith, a Public Inquiry into the circumstances that led to the unfortunate occurrences of Tuesday, 29th June 2021″ a statement signed by the Communications Director at the Presidency, Eugene Arhin.

“The Interior Minister is to provide a detailed report from the Inquiry, with recommendations for appropriate action, within ten days, i.e., by 9th July 2021, to President Akufo-Addo,” the statement added.

The Information Minister, Kojo Oppong Nkrumah, speaking on The Point of View on Citi TV with Bernard Avle on Wednesday, June 30, said the committee will have three members.

“We [government] said an inquiry, and we described it as a credible one, to take place about the reported crowd riot and the riot control measures that were employed by the police and later the police and the military in Ejura.”

“That is the one that the President has detailed out, explaining that he wants a public inquiry on it, and on July 1, 2021, the Minister responsible for the interior will provide some more details on what will probably be the three-member committee that will do the inquiry.”

A social activist, Ibrahim Muhammed, died on Monday, June 28, 2021, after he was attacked by a mob when he was returning home on his motorbike on Sunday at Ejura.

Following his burial, some residents of Ejura started a street protest, but were confronted by armed police and military personnel, leading to the death of two persons who were said to have been shot by some soldiers.

The Police claim the protesters had become rowdy and were pelting s the security personnel with stones.