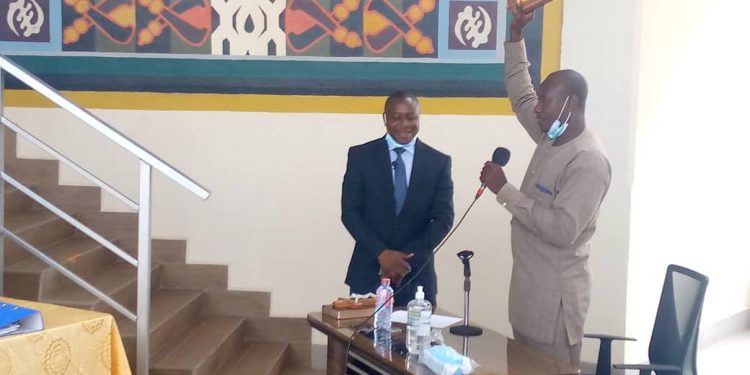 A brother of one of the deceased persons of the Ejura disturbances, Abdul-Nasir Yussif, has said military personnel deployed to the area took no steps to engage protesters before firing into the crowd.

Mr. Yussif also said he did not see any of the protesters holding a gun, as claimed by a military officer who appeared before the committee probing the Ejura disturbances.

The General Commanding Officer of the Central Command also claimed that the soldiers fired into the crowd after some shots were fired from among the protesters.

The Commanding Officer of the 4th Infantry Battalion, Lt. Col. Kwesi Ware Peprah, had earlier said he suspected some casualties of the disturbances may have been hit by gunshots from the protesting youth.

“The aim was not to kill. It was just unfortunate. As a matter of fact, I even suspect that the weapon that fired from protesters might have hit one of them,” he said.

“Because the soldiers started firing into the air, if you are not a professional and there is another rifle firing, you wouldn’t know, and that is why some people are saying that they [protesters] were not handling weapons… The ordinary civilian doesn’t know. The media wouldn’t know,” he added.

But while giving his testimony before the 3-member committee probing the incident on Monday, July 12, 2021, Abdul-Nasir Yussif rejected the claim.

According to him, when the military personnel got to the scene, they didn’t even try dispersing the demonstrators but started firing warning shots and later fired into the crowd.

“The military gave two warning shots immediately after they alighted from their vehicles. They were about seven to eight. So immediately I realised what was going on, I started running away. While trying to escape, I felt one of the bullets running over my head. I then saw one of the military men knelt and shot again and again. I then took my motorbike and went back to the office.”

Meanwhile, he has asked the government to support the family in taking care of his late brother’s daughter.

“My brother died, leaving a daughter behind. So I think the government can support us in taking care of her and also ensure that justice is served.”