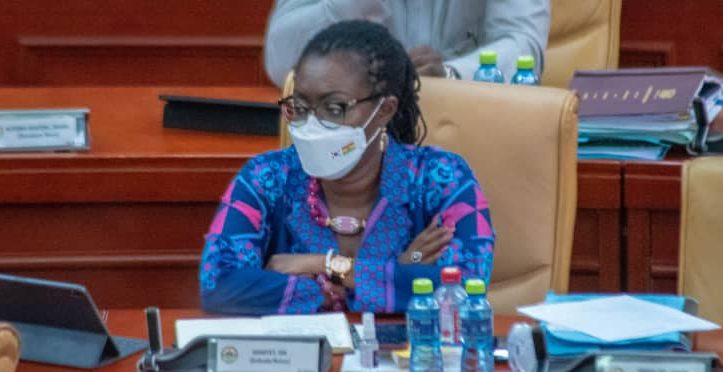 The Member of Parliament (MP) for Ablekuma West, Ursula Owusu Ekuful wants the government to extend the construction of the 2 km Dansoman sea defence project to other parts along the sea in the area.

Speaking to the media during a tour of the area by the Housing Minister, Madam Ekuful noted that most of the residents within the enclave are homeless as a result of the tidal waves.

She thus charged the Minister for Works and Housing to do all he can to help the people of the affected areas.

“Once this site was protected, the unprotected portion of the beach suffered the full brunt of the waves and lots of properties as the director said have already been destroyed. I sincerely hope that having seen the scale of the destruction for yourselves, urgent actions will be taken to complete the stretch up to the lagoon.”

Meanwhile, the Minister for Works and Housing, Francis Asenso- Boakye says his outfit would engage the Finance Ministry to release funds for the project.

According to him, having first-hand information on the situation was very important.

“We will engage the appropriate authorities, especially the Ministry of Finance, for them to see the need for the government to invest more into the protection of our coastal communities. I am very happy that I have been able to come and see what is happening here, and it will give me the strength to advocate in realms of government.