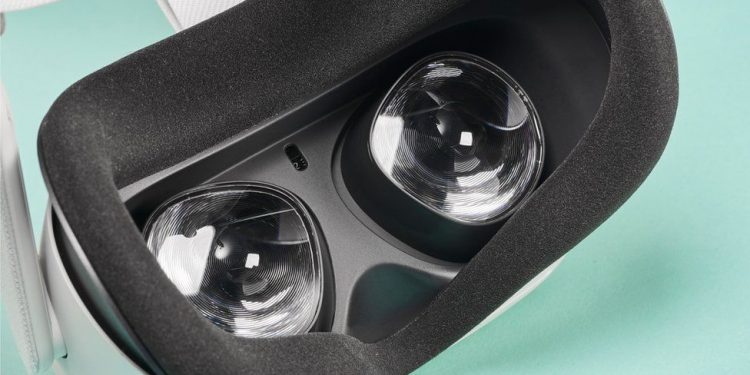 Virtual-reality headset-maker Oculus is issuing a recall for the foam padding in its Quest 2 headset, warning it can cause skin irritation.

Facebook-owned Oculus said only a “very small percentage” of users were experiencing the problem.

But it is offering a free cover – made of silicone – to all Quest 2 owners.

Facebook also announced it was “pausing” Quest 2 sales and from 24 August all Quest 2 headsets would come with the new silicone cover.

The revamped headset would also have twice the internal storage, for the same price.

The problem with skin irritation was widely known among VR enthusiasts online and Facebook has previously operated a replacement programme for the small number of people affected.

But this new “voluntary recall”, following discussions with US and Canadian safety regulators, is global in scale, with Facebook emailing many of its Oculus customers.

The US Consumer Product Safety Commission said it had received 5,716 reports of irritation “including rashes, swelling, burning, itching, hives and bumps”.

But only 45 incidents had needed medical attention.

And those numbers were out of an estimated four million headsets sold in the US.

Facebook’s VR and AR teams head Andrew Bosworth said: “While the rate of reports is small and the majority of reported cases are minor, we’re committed to ensuring our products are safe and comfortable for everyone who uses them.”

Users can order the replacement “facial interface” on the Oculus website.

Starting today, we’re introducing a new silicone cover for all Quest 2 customers globally. If you bought a Quest 2 or a Fit Pack previously, here’s how you can get your free cover: https://t.co/aDJPDRpK06

But many have already bought a silicone cover from online retailers.

There is also a market for premium after-market replacements, such as thicker, more comfortable foam coated in water-resistant leather or slightly redesigned fittings that aim to improve ventilation or light leaking in from the outside world.

Oculus is widely thought to have made the Quest 2 headset at a loss, or close to it, as it is priced far lower than many of its competitors, who ship devices with more elaborate straps and accessories.

That strategy has seen its share of the VR gaming market explode and the device sold out in many places in the run-up to Christmas.

And last week, Facebook boss Mark Zuckerberg doubled down on his vision of a future “metaverse” where people spend far more time in VR – “an embodied internet where instead of just viewing content – you are in it”.