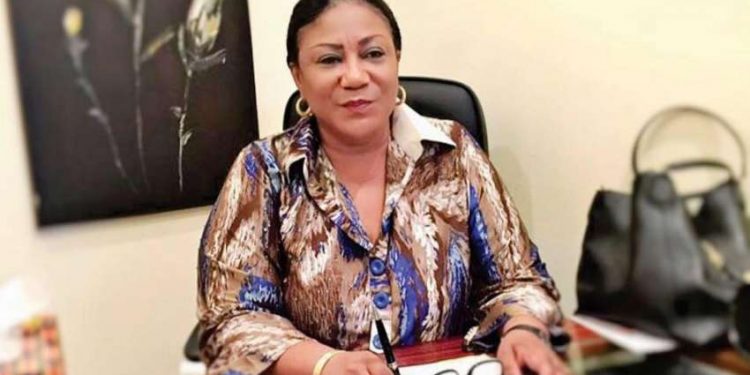 A letter from the office of the First Lady, Mrs. Rebecca Akufo-Addo, to the Chief of Staff and copied to the Chief Director of the Jubilee House, has announced that she has released a cheque of GHS899,097.84 to the state to settle all allowances paid to her from January 7, 2017, to date.

This comes after the First Lady promised to refund all the allowances and also reject any new salaries approved for presidential spouses by the Ntiamoa-Baidu committee on emoluments for Article 71 officeholders.

Without pictorial evidence of a cheque to confirm the repayment of the allowances, the statement signed by an Aide at the office of the First Lady, Shirley Laryea, said “I am directed to forward, herewith, a Consolidated Bank Ghana Limited cheque number 000002 for an amount of GH0899,097.84 (Eight Hundred and Ninety-Nine Thousand Ninety-Seven Ghana cedis Eighty-Four pesewas) being the refund for monies received from 7th January 2017 to date as allowances given to Her Excellency the First Lady of the Republic. As disclosed by the statement issued on 12th of July, 2021, Her Excellency the First Lady of the Republic, is refunding the amount stated above and also takes this opportunity to decline any allowances to be paid to her in the future.”

The letter further stated that the “First Lady remains committed to her role as First Lady and is devoted to her charity work, championing the well-being of women and children in Ghana”.

In the earlier statement from her office rejecting the emoluments approved for her by Parliament based on the recommendations of the Ntiamoa-Baidu committee on emoluments for Article 17 officeholders, it said, “The First Lady, in consultation with the President of the Republic, has decided to refund all the monies paid to her as allowances from the date of the President’s assumption of office, i.e., from January 2017 to date, amounting to GHS899,097.84.”

In the statement, Mrs. Akufo-Addo’s Director of Communications argued that the First Lady did not request to be paid any allowance and that “she only received that which existed and [was] attached to her status, albeit informally.” 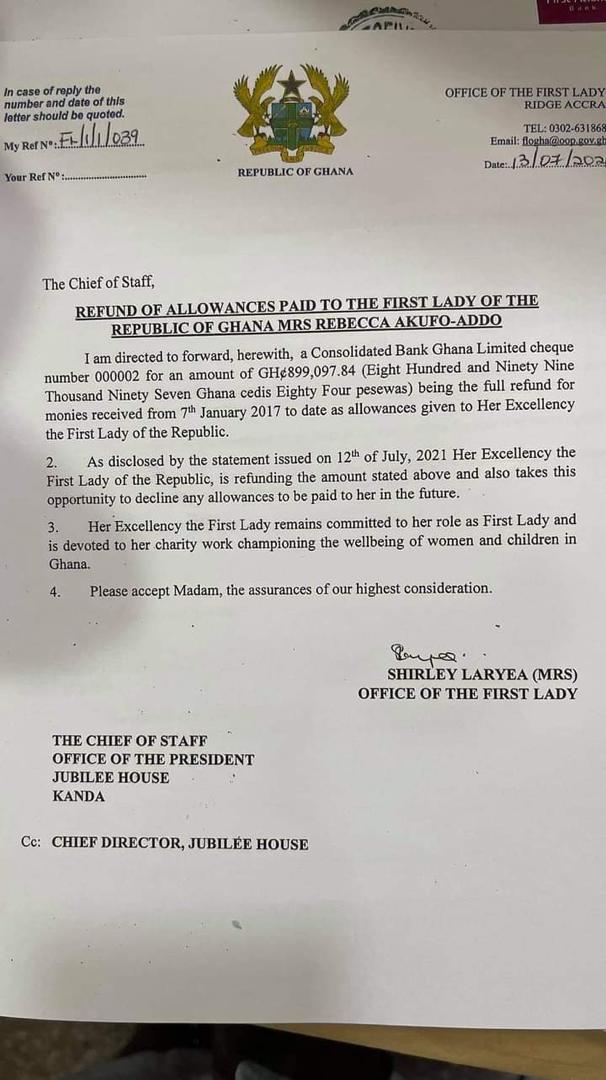 The government has come under fire after it came to the fore that, a recommendation for the First and Second Ladies to receive monthly salaries had already been approved by Parliament.

Chief Justice must step aside over $5M bribery allegation – NDC 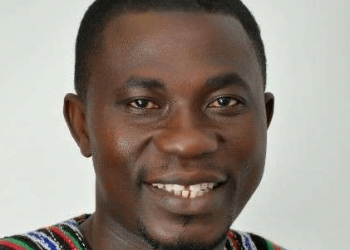 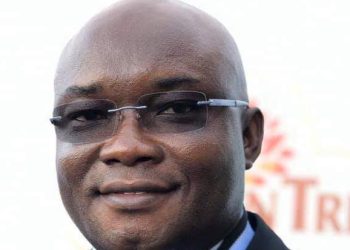