Five persons have been arrested at Dansoman in Accra for after counterfeit currency and a handgun were found on them. 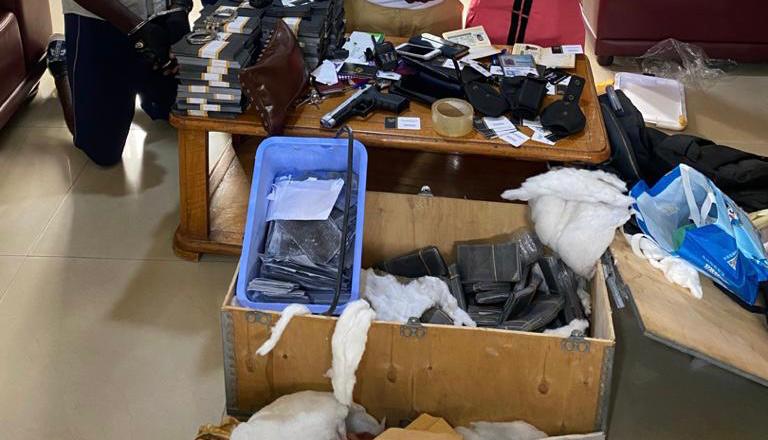 The police found in their possession a handgun, 108 bundles of fake dollars, a wooden box containing 34 bundles of fake CFA currency, fake GHS200 notes in an ice chest mixed with powder and unspecified cedi notes.

The items were found in the hotel room of Akwasi Boateng and his accomplices.

Report on Ejura disturbances must be made public – CHRI

Report on Ejura disturbances must be made public - CHRI