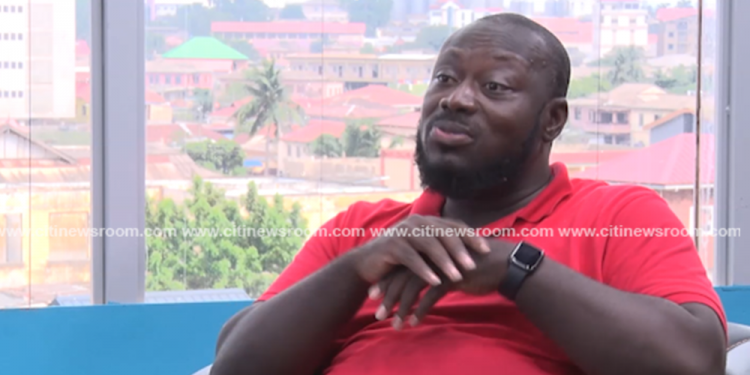 The National Youth Organiser of the opposition National Democratic Congress, NDC, George Opare Addo, believes the #FixTheCountry movement alone is not a strong enough force to compel the government to fix the country’s problems.

The movement turned down the NDC youth wing’s request to join their demonstration.

The Convener for the movement, in response to the invitation, said, although he is happy that the NDC has been allowed to demonstrate, he does not believe that they necessarily have to align with their cause.

Some Ghanaians believe the NDC is no different from the governing party, and that it is only trying to take advantage of the situation to score political points.

But Mr. Opare Addo does not understand why Ghanaians would want to add the party to their plight under the current government.

According to him, members of the party are also Ghanaians who have the right to draw the attention of the government to the wrongs in the country.

He says the opposition NDC is a well-structured organisation, and it will be in the interest of the #FixTheCountry movement to align with them to pull their weight.

Mr. Opare Addo, in an interview on Face to Face on Citi TV, said “people of the NDC are equally Ghanaians. We have every right just as other Ghanaians. So if we choose to demonstrate, and you choose to put the tag NDC on me, I am Ghanaian first and foremost.”

“I was telling the Fixthecountry group that we are all traveling to the same destination. We all want to see a better Ghana. The only thing is that the vehicle I am using is the NDC. It is a more efficient group than the #Fixthecountry movement. What I mean by that is I have structures, mobilisation skills… #Fixthecountry movement is credible, but I am not sure they can pull as much numbers as we can do,” he added.

“I asked them to join our march since the Police are intimidating them. We have been in opposition for 5 years now – we cannot be your problem. We were voted out because Ghanaians thought we could not fix the problems and brought competent hands to fix their problems, who are failing them. When they argue and add us to their problems, I find it a bit wanting.”

On the movement’s demand for a new constitution, the NDC Youth Organiser said it is not a legitimate request.

“They turned down our offer to join us. Besides, we are not looking for a new constitution, so there is a departure in our objectives.”

“They don’t seem to understand what goes into that. Immediately we do that, we are moving into a fifth republic. They don’t seem to appreciate the procedures involved. They could call for constitutional reforms, but to say they want a totally new constitution is another thing altogether,” he added.

The protesting youth of the NDC, on Tuesday, July 6, 2021, submitted a petition to the presidency and Parliament after their ‘March for Justice’ demonstration.

The National Youth Organiser of the party, George Opare Addo, after reading out the content of the petition, presented it to the Deputy Chief of Staff in charge of operations, Emmanuel Bossman, who gave assurances that the document would be given to President Akufo-Addo.

The brutalisation of some residents of the Upper West Region in Wa by some soldiers over a supposedly stolen phone has also been widely condemned.