Godwin Agboka writes: The gradual normalization of the abnormal in Ghana 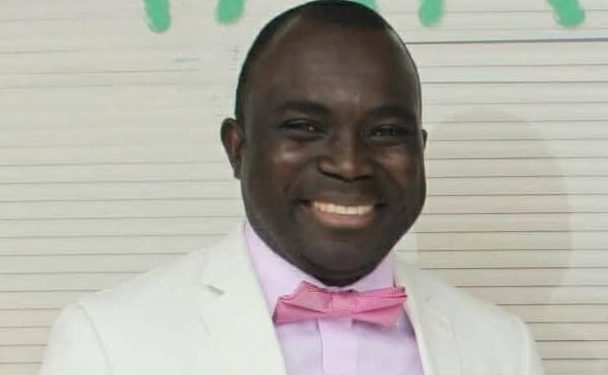 It appears that a good number of Ghanaians have resigned themselves to a broken system and a life of perpetual suffering and indiscipline. They have conditioned themselves (or have been forced to do so) to believe, for example, that suffering, inefficiency, corruption, poverty, or poor (or lack of) access to healthcare is normal. This new normal has made them distant observers of their own suffering and misdeeds, but also less reactive to a dysfunctional system.

Regrettably, while we clearly have a broken system at many levels of our governance system, which is bad in itself, the normalization of this reality is dangerous. Why? This posturing creates the unfortunate impression that a poor socio-political system or indiscipline almost automatically represents the new reality for the Ghanaian. Thus, the real tragedy of the Ghanaian is no longer that nothing seems to work anymore, or things that work are destroyed, but that everything abnormal and anything nonsensical has become the new normal—and it is quite unfortunate!

Recently, I followed, with some interest, the activities of the #FixTheCountry campaigners. Although the campaign is a progressive step towards demanding some accountability, I have wondered about how much of a grassroots appeal the campaign may have. Does the average person really believe that the efforts would lead to some results? To the ordinary Ghanaian, this type of activity is irregular and fleeting, so there’s no real belief that the campaign or its efforts will get anywhere. History suggests that there will be a meeting here and there, and the flame will be doused in no time Relatedly, I was not surprised by the response from Kaaka’s family (re: Enjura) to the invitation from the Ejura Committee of Inquiry. When committees of inquiry have been constituted by governments in Ghana, they have mostly been used to calm tensions than to provide any real results in the form of justice.  ‘Normal’ is when systems work, when spectators become citizens, and when the governance structure creates opportunities for all.

Whenever I have had an opportunity to interact with people or complain about some systems, the typical response is “Oh, this is Ghana!” or “It’s been like this for many years, so we are used to it.” Unfortunately, this is and should not be the Ghana way. There should be a better way in which systems work and where we all become part of the solution rather than the problem. Ghanaians should expect better than they currently have or have had.

Look, sending kids as young as four years old to beg for alms on the streets and in traffic is not normal; urinating indiscriminately is not normal; a poor healthcare system is not normal; stopping motorists, threatening them, and extorting money from them is not normal; poor road access anywhere, and especially to businesses that bring in huge sums of money to the economy is not normal; insecurity is not normal; corruption is not normal; and it is not normal that the Accra-Tema Motorway, which makes so much money daily has a poor lighting system as well as potholes that have become a death trap. These are abnormal events and systems, and we should not get used to them.  Immunity to suffering and poor systems is the ultimate wish of the political class, and we must not allow that to become our reality.

To be clear, there is no perfect system anywhere, but there’s a basic expectation of all governance systems: make life less difficult for the citizenry, by putting in place the basic systems to facilitate human survival and prosperity. Unfortunately, over the years, the political class has failed the Ghanaian people. They promise so much during elections and deliver very little to nothing. It has become so bad that many Ghanaians do not even know what a better life is anymore. Sadly, this is the perfect situation for the political class because the people expect almost nothing, ask few questions, and basically give their leaders a free pass for their (in)actions. Today, our political leadership has conditioned the average person to rejoice over basic needs such as roads, toilet facilities, and water. Yet, these are the most basic of the responsibilities of any government.

Following, I share some observations about our system that require some attention:

Housing and Toilet Facilities: Who regulates rent issues in Ghana? How is it that in this day and age people build apartments with no toilet facilities, a disproportionate number of them, or facilities detached from the apartments? This is not normal.

To reiterate an earlier point, perfection is not the quality of any governance system, but systems work elsewhere to provide the minimum amount of comfort for the citizenry. More so, governance is a collaborative effort between government and the citizens. Government sets the agenda and the citizens respond to the items on the agenda.  Presently, much of what we are used to is not normal. We cannot normalize the status quo.

1992 constitution worst in our history; it’s time to fix it – H Kwasi Prempeh