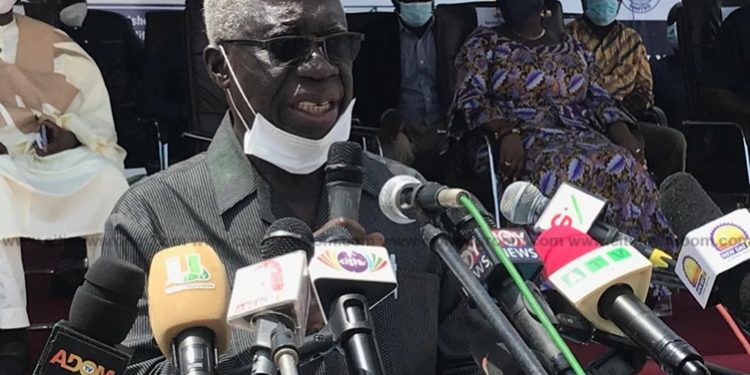 Senior Presidential Advisor, Yaw Osafo Maafo, says the debate over who takes credit for the construction of the Pokuase Interchange is not relevant.

Mr. Osafo Maafo, who cut the sod for the construction of the project three years ago, argued that governance is a continuous process.

Already there is a raging debate over who takes the credit for the project with many saying the Mahama administration played a major role before handing over to the NPP administration.

But speaking to Citi News, Yaw Osafo Maafo said the credit is not important.

“Governance is a continuous process. There is nothing static about governance. Therefore someone would have to start and another will implement it. The government started before independence. Osagyefo brought that independence. We cannot talk about government as a singular action.”

“Yes, it is important to congratulate the government that initiated it. But somebody must take it through the implementation process, and that is what this government has done.”

He however said the Akufo-Addo administration should be given a pat on the back for maximising the resources allocated for a three-tier interchange and producing a four-tier interchange.

“This government managed the budget for a three-tier interchange and produced a four-tier one. This is something worth noting. And I think that the government should be commended for protecting the public purse.”

The Pokuase Interchange is a four-tier interchange situated at Pokuase junction, connecting motorists to Awoshie, Kwabenya, Amasaman and Achimota.

The government, in May 2021, promised that the project would be completed in the first week of July 2021.