Government extends deadline for Ejura committee probe by a week 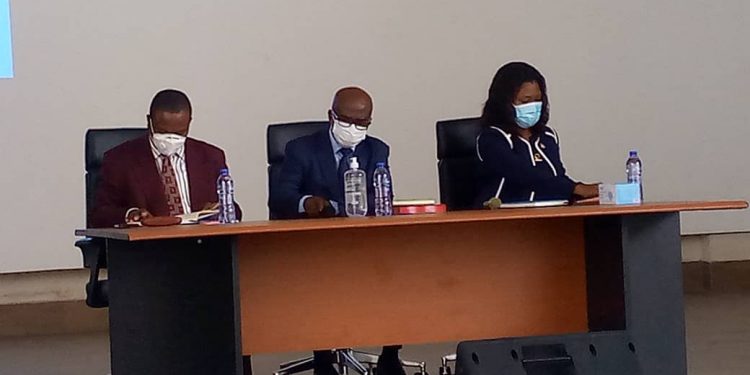 The government, through the Minister for the Interior, has extended the working period of the committee probing the Ejura disturbances by one week.

This follows a request by the 3-member Justice Koomson Committee of Inquiry probing the Ejura disturbances to enable it complete its work.

The committee was expected to conclude its work today, Friday, July 9, 2021, but it indicated on Thursday [July 8, 2021] there are more testimonies to be taken, which makes an extension critical.

“Considering the testimonies yet to be taken, the committee is requesting for an extension of the deadline to complete its work by Friday, the 16th day of July 2021,” a statement from the committee explained.

In its response to the committee, the Interior Ministry in a statement said “Your request for the extension of the working period from Friday 9th July 2021 to Friday 16th July 2021 is hereby approved.” 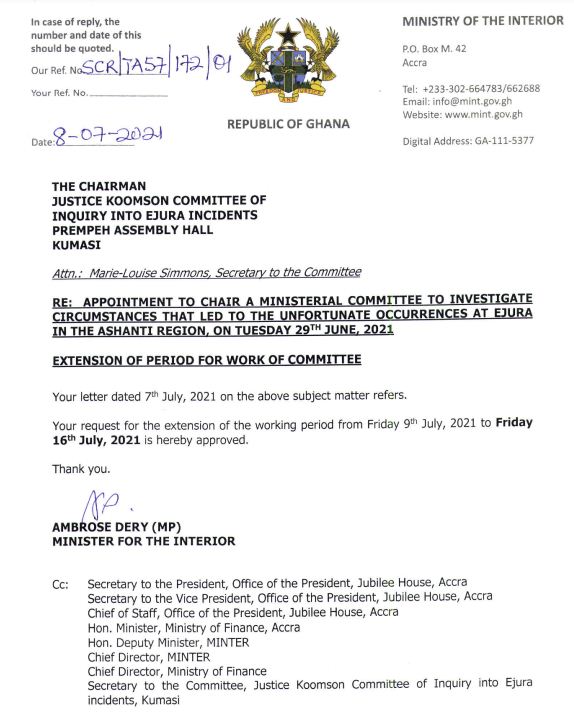 The Committee has so far taken testimonies from about 10 witnesses including journalists, police and military officers as well as political appointees in the jurisdiction of the incident.

Meanwhile, the family of Kaaka Macho, the deceased social activist, who was expected to appear before the Committee on Friday, July 9, 2021, has served notice they will not appear due to their doubts about the outcome of the committee’s work based on their performance so far.

The President’s directive for the setting up of the committee followed the killing of two people and the injuring of four others by soldiers during a protest against the killing of a social activist, Ibrahim Muhammed popularly known as Kaaka Macho.

Kaaka died on Monday, June 28, 2021, after he was attacked by a mob while returning home on his motorbike on Sunday at Ejura.

Nothing wrong with changing stance on emoluments for presidential spouses – Apaak