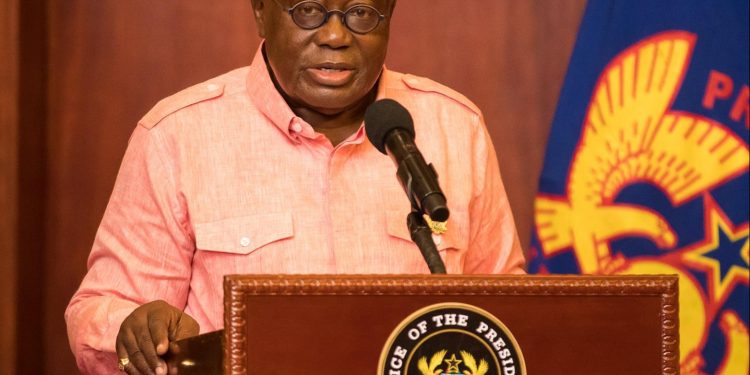 The President, Nana Addo Dankwa Akufo-Addo, has apologised to the chiefs and people of Wa over the recent assault on some residents by a group of soldiers.

The soldiers were seen in a viral video beating some residents of the Wa, the capital town of the Upper West Region, over claims that someone on a motorcycle had snatched a mobile phone belonging to one of them.

This generated a lot of public uproar. The Defence Minister, Dominic Nitiwul, has said the officers involved have been sanctioned.

According to him, three of the soldiers have been demoted, whiles eight others have been charged, tried, and awarded 30 days each in detention by the disciplinary board of the Ghana Armed Forces.

However, the Commander in Chief of the Ghana Armed Forces during a courtesy call to the Wa-Naa on Tuesday, July 13, 2021, apologised again for the unfortunate incident.

“One of the reasons why I came here is the incident that occurred here in Wa between the soldiers here and the people of Wa. I have come to add my voice to that of the soldiers as well as the Minister for Defence to express how sorry I am about the incident and to let you know that, we will do everything to ensure the incident is not repeated.”

On Thursday, July 1, 2021, a video showing armed soldiers beating some residents of Wa on the street went viral.

A day after the incident, a team from the military, led by the Chief of Army Staff, Major General Thomas Oppong Peprah, visited the area and offered an apology to the people of Wa.

Aside from the disciplinary action from the military, the Defence and Interior Committee of Parliament has also been directed to probe the incident after a request by the Minority side in Parliament.

The Committee will embark on a fact-finding mission to Wa and report to the House.