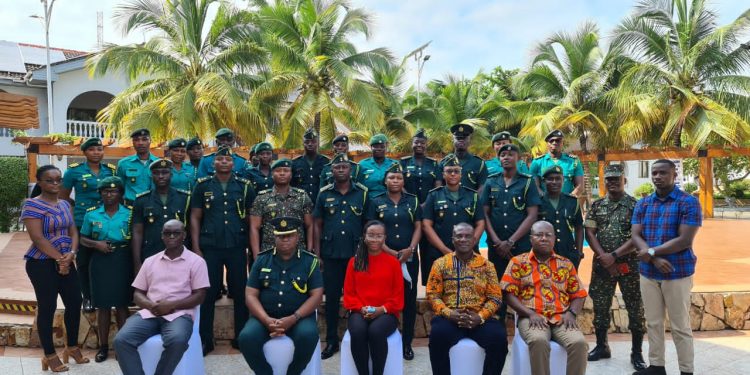 Two separate training workshops, on Document Fraud Detection, Migration and general border security enhancement, including health and GIS contingency plans have been organized for some fifty (50) selected Immigration Officers in the Western Region.

It is funded by the Danish Government and implemented by the International Centre for Migration Policy Development (ICMPD).

The SMMIG and SBS projects are designed to support the Government of Ghana (GoG) in strengthening her institutional and operational capacities to manage irregular migration flows, with specific focus on strengthening the capacity of GIS staff involved in the fight against irregular migration, to detect forged and falsified travel documents at the basic, intermediate and advanced levels.

Due to the strict adherence to the COVID-19 protocols, the training was designed to take twenty-five (25) frontline officers per each section; beginning in earnest with the Elubo Sector Command (Wednesday, 7th – Saturday, 10th July 2021), and then subsequently at the Rainbow Hotel (Monday, 11th – Thursday, 15th July 2021) in Takoradi, to cover officers of the Takoradi Sector Command and the GIS Regional Command Headquarters.

According to the Project Manager, Miss AMALA OBIOKOYE-NWALORA, examination and verification of travel documents is one of the main responsibilities of immigration officers.

Therefore, GIS Officers require vigorous and regular training in the dynamic area of document fraud detection, in order to remain up to date.

“Consequently, between March and July 2021, the SMMIG and SBS projects have trained three thousand (3000) GIS frontline officers, drawn from all the major and minor crossing points on the frontiers with Burkina Faso, Cote d’Ivoire and Togo along the Eastern, Northern and Western corridors”

The following are the set objectives:

In his opening remarks, read by the Takoradi Sector Commander, C/Supt Emmanuel Manful, on behalf of the Western Regional Commander of the Ghana Immigration Service, DCOI/Dr. P.P.D. Asima, he thanked the Danish Government for supporting the government of Ghana and also the GIS.

According to him, this all-important training is in sync with other interventions being rolled out by the GIS to bring incidences of irregular migration and other forms of migration offences across Ghana’s Borders to the barest minimum.

He charged beneficiary officers to take the training seriously because, the carefully selected topics treated at the training workshops, do not only go to the heart of the GIS mandate, as per Act 908 of 2016, but more importantly, the transformational agenda the Service is currently undertaking.”

“This, therefore, brings to the fore, the importance of such programmes to build the capacity, confidence, and the knowledge of the GIS personnel”.

He further admonished that, as frontline officers, attention must be paid to the GIS health contingency plan, especially in the wake of this dreaded COVID-19 pandemic and its ravaging effect on migration globally, in order to protect themselves and the travelling public they come into contact with.

The Head of Policy Planning Monitoring and Evaluation Department (PPMED), ACI/ Thomas Ewuntuma, at the GIS Headquarters, who doubles as the facilitator for the ongoing training workshops, seized the opportunity to inform officers about the various policy interventions, training programmes being rolled out to enhance the capacity, and professionalism as frontlines officers.

These include Document Fraud Detection, drafting of Migration and Health Contingency Plan, and other positive happenings within the Service. He said, 2021 has been christened as “A Year of Training” for GIS officers, across the country.

The training workshops were rounded up on Thursday, 15 July 2021 at about 1600hrs with a presentation of some PPEs and document fraud detection equipment by the Project Manager, to be distributed to some key GIS operational installations in the Western Region.

Mohammed Awal targets one million jobs in tourism sector by 2024 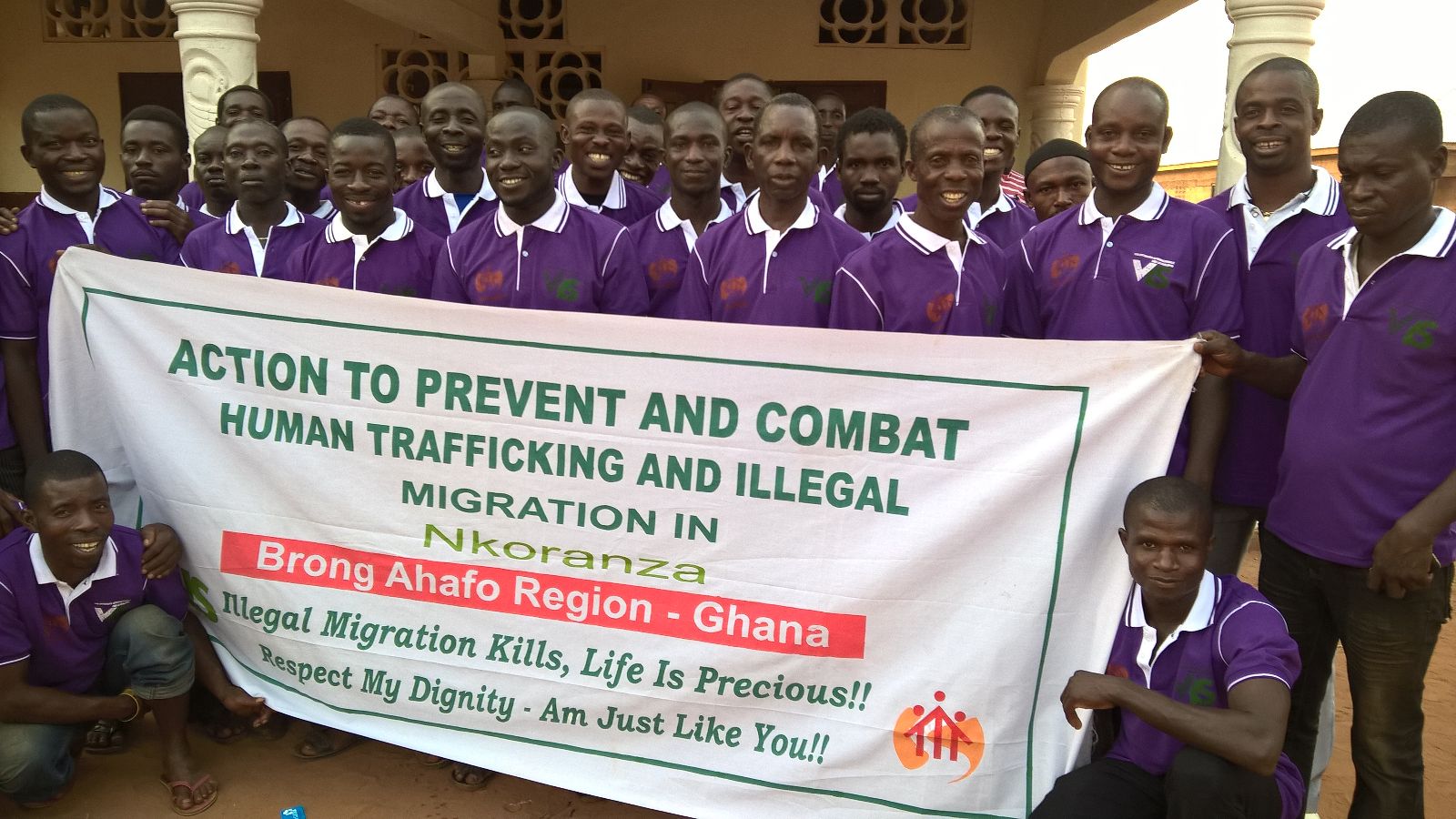 Unemployment, poverty to blame for perilous journeys to Europe 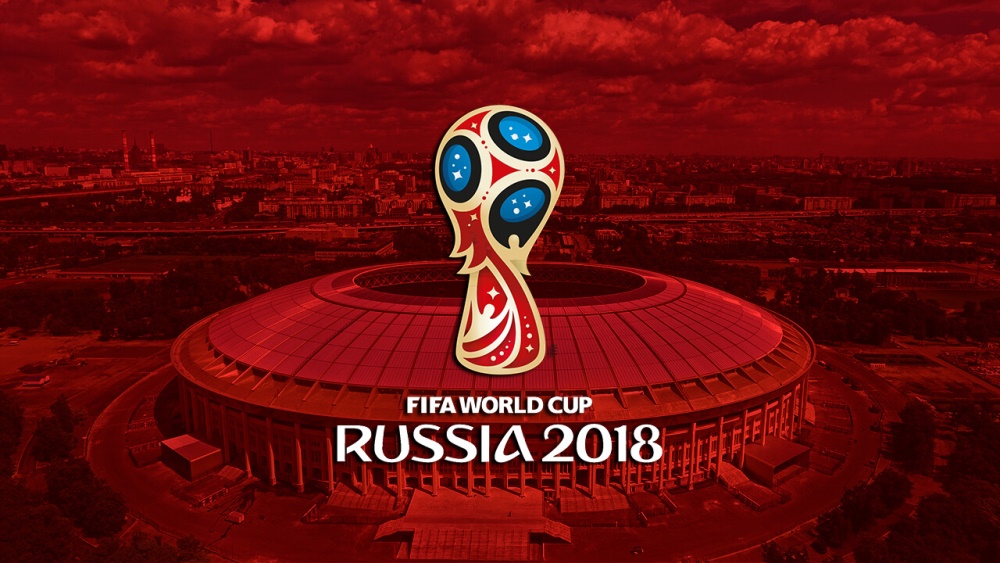 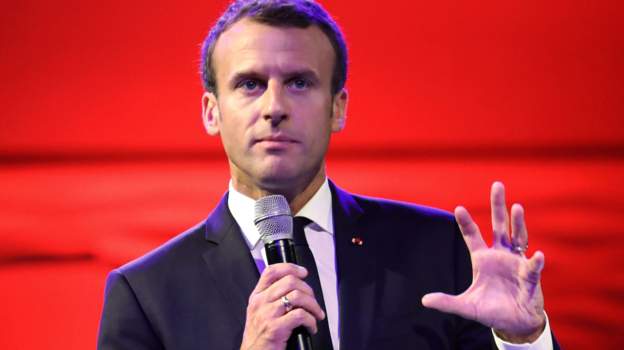 Macron: Africa migrant centres may be a pull factor