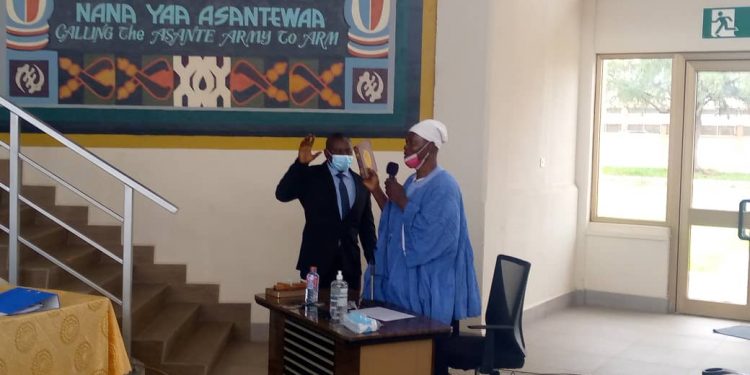 The linguist to the Dagomba Chief of Ejura in the Ashanti Region, Abdul-Wahab Alhassan, has charged the three-member committee investigating the disturbances that ensued in the town two weeks ago to ensure that the truth of the matter is unravelled.

According to him, that is what the people of Ejura want. The Dagomba chief’s linguist made the call on Monday, July 12, 2021.

Abdul-Wahab Alhassan, who was speaking on behalf of the Dagomba chief when he appeared before the committee, thus urged the team investigating the disturbances to ensure that justice is served to the families of the victims.

“The President has set this committee up for the truth. And we know you are part of the elders of the committee and whatever you people say, it will be accepted by all.”

“We want you to say the truth as it is and not shield anyone. All we want is justice. Let the truth be told. That is all that we are interested in,” he said.

Meanwhile, when asked what measures the elders of the town took when the riots started, he said they were in the process of conferring with each other but were unsuccessful.

“When we heard the riots, we were preparing on the measures to speak to the youth to stay calm, and unfortunately, we heard his grandson had been killed. With the help of the authorities, there is calm in the town [at the moment].”