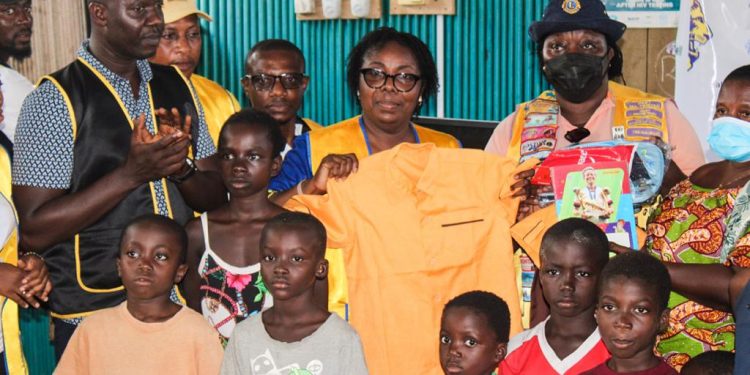 As part of its social responsibilities to society, the Lions Club Ghana District 418, has donated some learning materials to the Nzulezo MA Basic School in the Jomoro District of the Western Region.

The rest were desktop computers to aid in the teaching and learning of ICT, hand sanitizers and cooking items to be shared with the teachers. 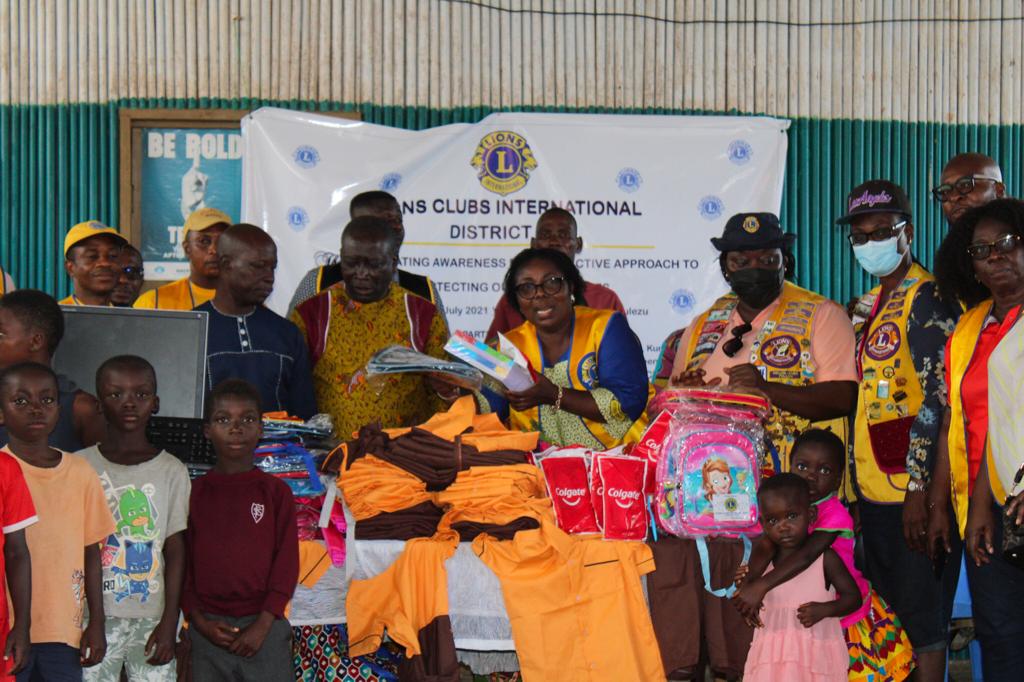 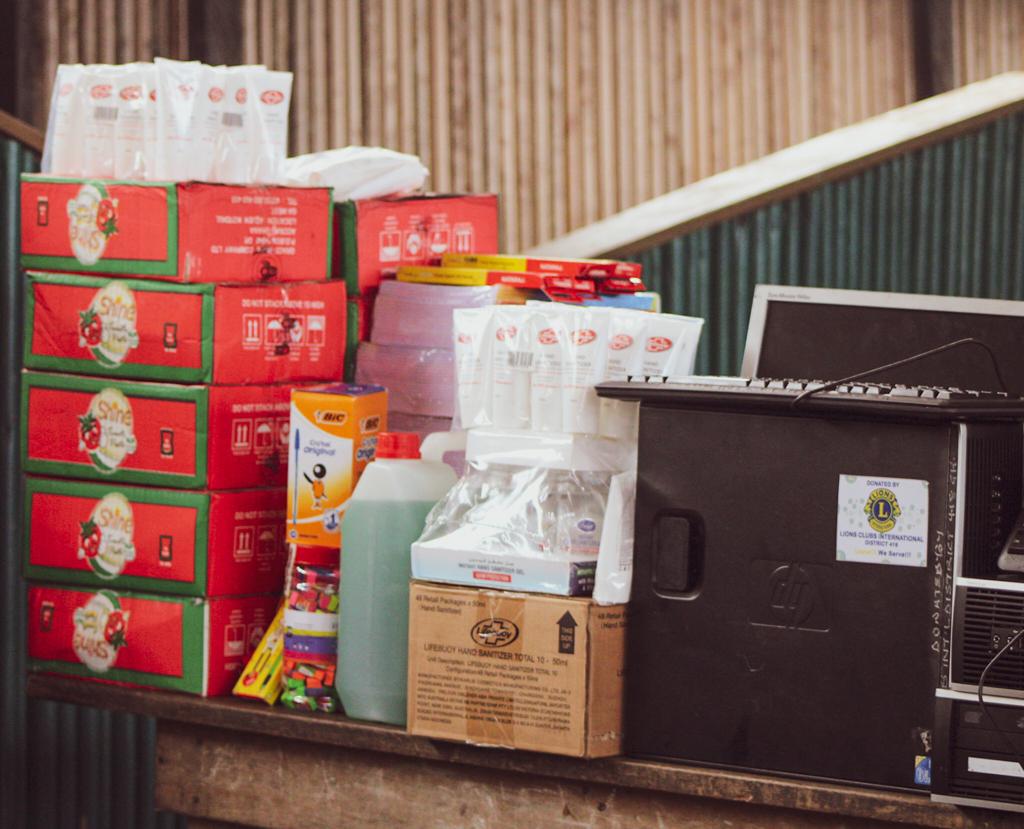 The immediate past President of the Takoradi Oil City Lions Club and the brain behind the project, Lion Stephen Akakpo, noted that their gesture was informed by an initial assessment conducted by the club which showed that the school lacked some basic things which hamper teaching and learning.

This, he said, attracted the attention of the national club.

“ We at Takoradi Oil City Club felt that it is just proper we impact every part of the Western Region, so we came to do a need assessment, and we recognized that there is a school in this community, but they lacked some basic things, we identified them, and got in touch with other members “

He further indicated that their gesture would not end there, as they are seeking to rehabilitate the school’s structure.

“We have a long-term view of what we have done today, we want to have a relationship with them, the next project we are looking at is to help them construct their school structure.” 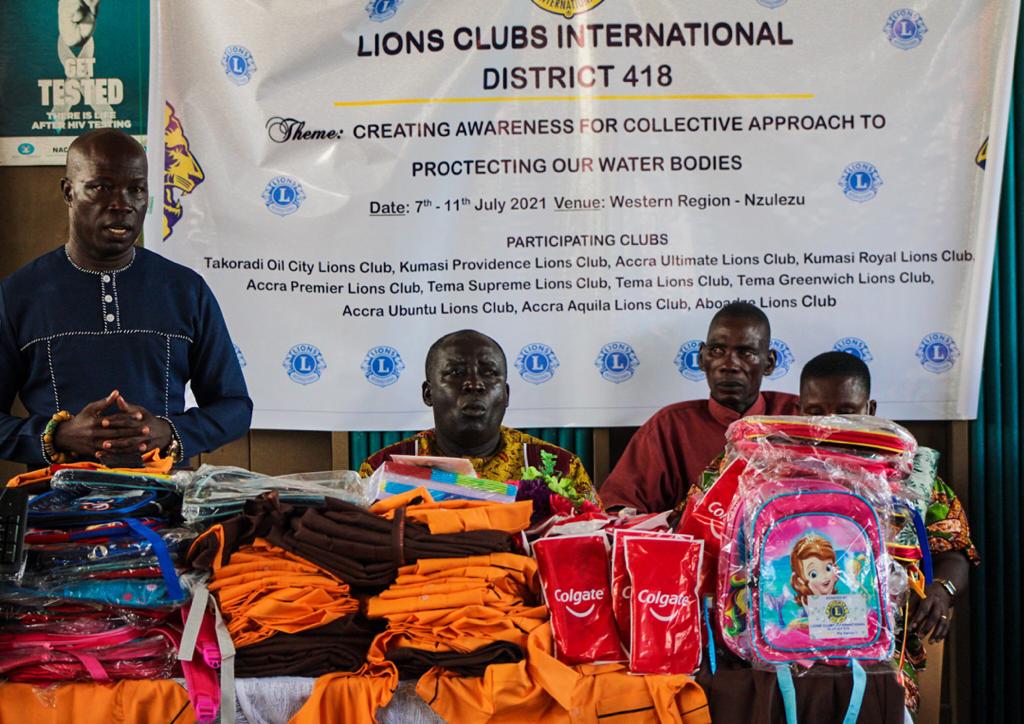 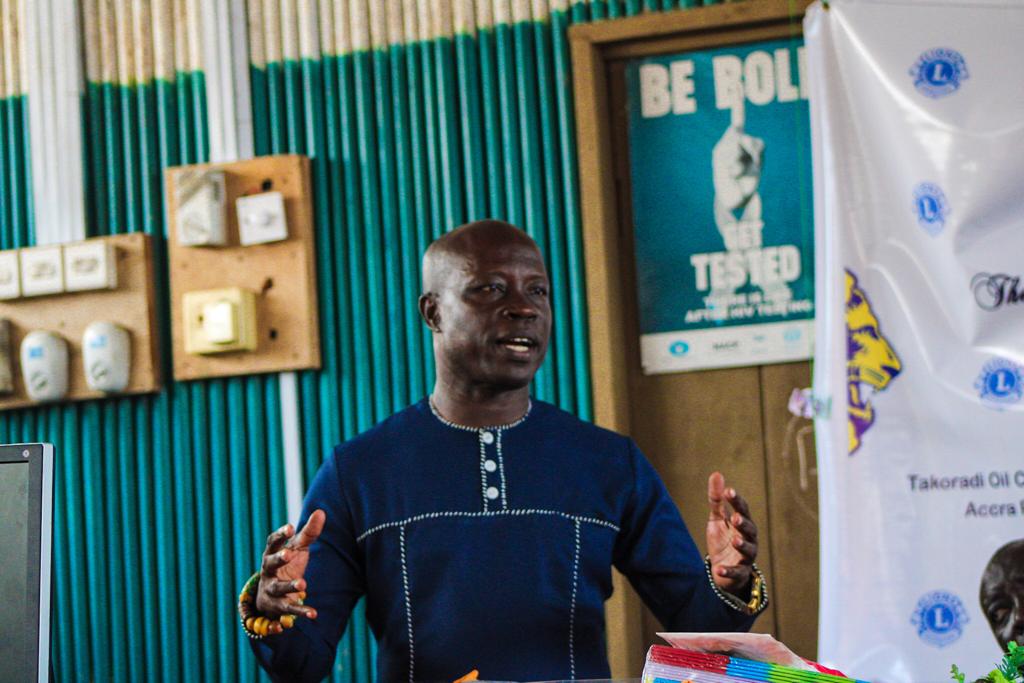 Receiving the items on behalf of the school, the visibly elated Chief of Nzulezo, Nana Takrika the 7th, expressed his appreciation to the Lions Club Ghana for their thoughtful gesture.

“We tend to receive various kinds of aid from tourists who visit our town, but this is very special because we haven’t received such items, so we are most grateful, “ he said.

The Headteacher of the school, Evans Cudjoe, commended the club for their noble gesture, indicating that it comes in handy to address some challenges in the school. 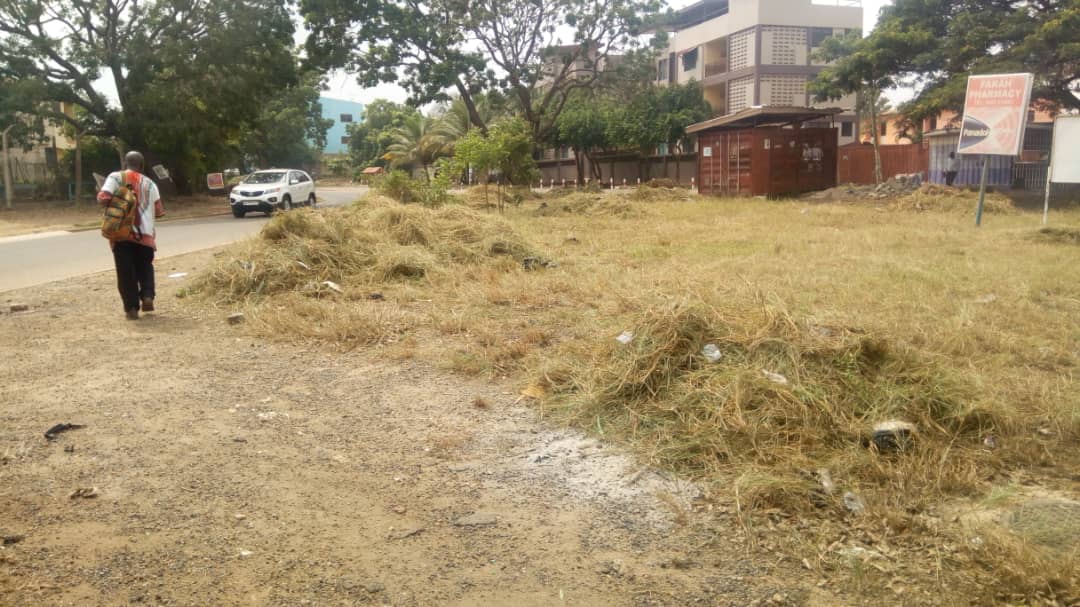