Mahama advocates for setting up of Independent Emoluments Commission 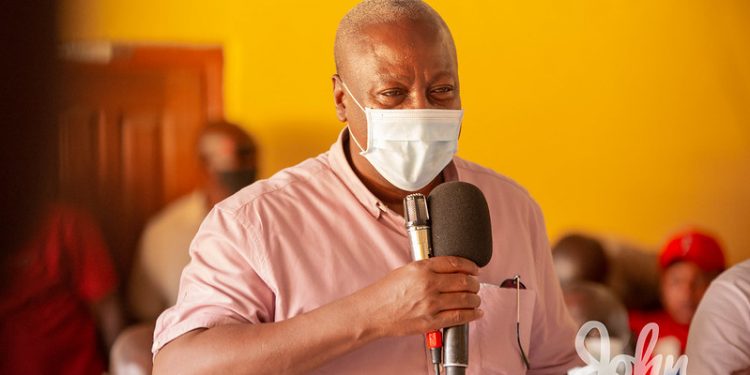 Former President John Dramani Mahama has called on the government to consider setting up an independent committee to review emoluments for Article 71 officeholders.

His call comes in the wake of the controversy surrounding a recommendation by the five-member  Emolument Committee for the inclusion of spouses of the President, Nana Akufo-Addo, and Vice President, Dr. Mahamudu Bawumia, in the salary structure of Article 71 officeholders.

Mr. Mahama believes an  Independent Emoluments Commission will end the practice of setting up new committees every four years and the introduction of varying recommendations.

“I believe that instead of trying to unconstitutionally enlarge the scope of Article 71 office holders for the purposes of determining emoluments, the government must as a matter of urgency set up the Independent Emoluments Commission.”

“If this proposed Independent Emoluments Committee is established, the Commission will not only stop the practice of setting up a new emoluments committee every four years and coming up with varying recommendations, but will ensure that salary administration in Ghana is rationalised and equity is brought into the system,” Mr. Mahama said.

The emoluments for the First and Second Ladies were part of recommendations by the five-member Professor Yaa Ntiamoa-Baidu set up in June 2019 by President Nana Akufo-Addo to make recommendations on the salaries and other gratuities of Article 71 officeholders.

Per the recommended emoluments, the spouse of the President is to be entitled to the payment of a salary equivalent to a Cabinet Minister MP while in office.

“The Committee, and indeed the government, cannot use a short-cut to circumvent well laid-out