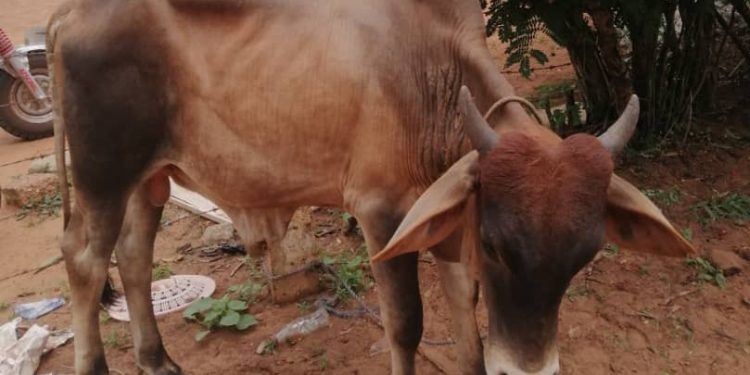 One man has been shot dead and two others are in police custody in the Nanumba North municipality after an alleged cow theft.

The deceased, 22-year-old Mohammed Hardi, was shot during the escape attempt after allegedly stealing the cow at a village called Kasapou in Nanumba North.

The Municipal Police Commander for Bimbilla, ASP Evan Vorvor, told Citi News, that after the cow was stolen, the owner raised an alarm and people in the village went after the thieves.

The two persons in police custody are a motor rider who was engaged in the theft and the owner of the cow.

“During the course of the investigation, the motor rider reported himself to the police, and he has been arrested… The assemblyman also brought the cattle owner, and he too is in custody to assist the police in investigations,” ASP Vorvor said to Citi News.

The body of the deceased has since been released to the family for burial.