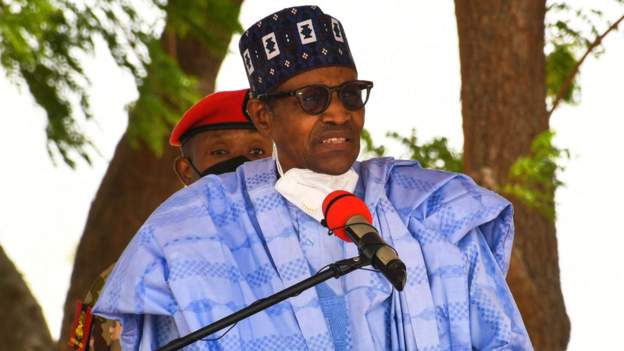 It’s the first time the president has spoken on the arrest and extradition of Kanu, the Indigenous People of Biafra (Ipob)’s leader.

He also commended the controversial raid on the residence of the prominent Yoruba activist whom he described as “conducting acts of terror and disturbing the peace under the guise of protecting fellow kinsmen”.

He praised the security agencies for demonstrating “significant deftness, guile and secrecy in carrying out these missions”.

The president remained silent on how Mr Kanu, who also has British nationality, was arrested.

It came as the UK parliament was due to discuss the circumstances surrounding the repatriation of Mr Kanu to Nigeria, according to a notice on its website.