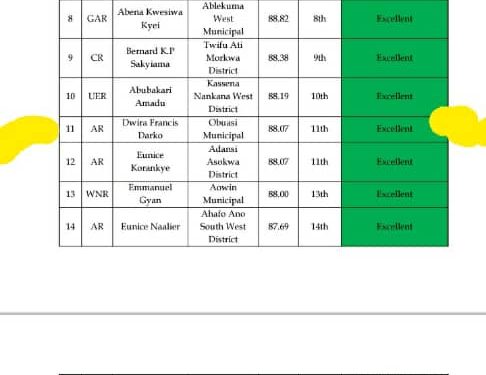 The Obuasi Municipal Assembly (OMA) has been ranked 11th in the 2020 National Rankings of Municipal and Metropolitan District Assemblies (MMDAs) Annual Government Service Performance Contract across the country.

The Municipal Chief Executive for Obuasi, Elijah Adansi-Bonah in an interaction with the media expressed appreciation to management, assemblymen, and the staff of OMA for working assiduously to ensure the assembly attains this feat.

He said, “I am really excited our hard work has paid off. This is indeed a remarkable feat, we all deserve a pat on the back”.

Mr. Adansi-Bonah further appealed to management, staff, and assembly members not to rest on their oars but rather double their efforts to enable the assembly to perform better in subsequent rankings.

The Municipal Coordinating Director, Mr. Francis Dwira Darko, also praised the management and staff of the assembly for their dedication to duty.

He congratulated them for their achievement but added that there is still more room for improvement.

“Management and staff worked very hard to get to our current position and will not relent but rather put in more efforts to move further up in the next rankings,” he added.

The Monitoring and Verification exercise was for the year 2020 based on the Local Government Service’s Performance Contract of the 16 Regional Coordinating Councils (RCCs) and the 260 Metropolitan, Municipal and District Assemblies (MMDAs).

The ranking is essential to monitor and verify the annual performance of RCCs & MMDAs based on their Annual Performance Evaluation Reports from the Performance Contracts signed between the RMs and RCDs at the regional level as well as the MMDCEs and MMDCDs at the local level.

The Nkoranza North District topped the ranking for the year under review. 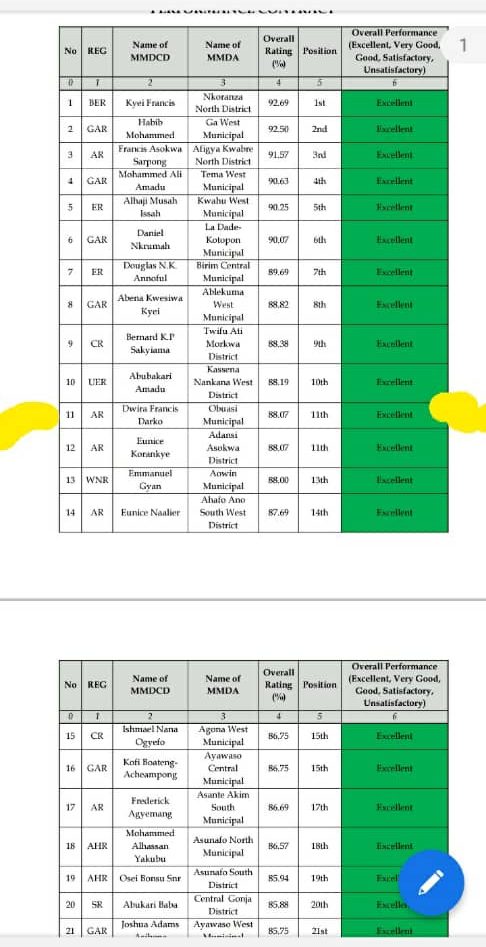