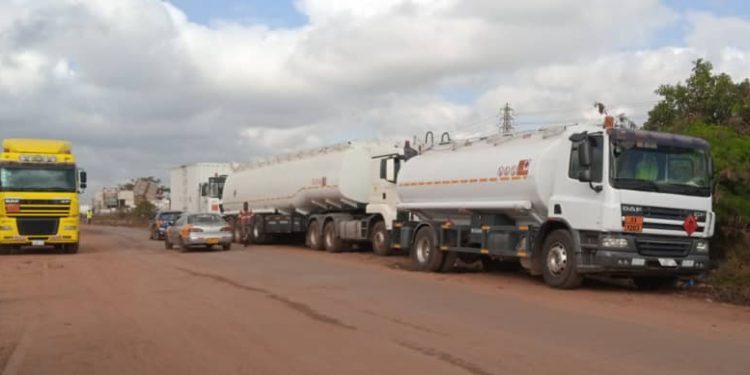 According to the coordinators of AIOMCG, they have reached out to over 30 indigenous OMCs and more than 15 of them have duly registered as members of the Association.

They are confident that many indigenous OMCs will join their association hopefully by the close of the year, owing to their official registration with the Registrar General, the National Petroleum Authority, as well as a formal introduction to the Energy Ministry.

The breakaway group of the Association of Oil Marketing Companies, which is now a full-fledged Association, vowed to bail out struggling members.

To this end, they have held an extensive dialogue which is near conclusion with some key banks in the country to provide financial bailing out for struggling OMCs who are members of the association.

“We are poised to protect our members from unfair treatments in the downstream industry. We are also going to champion their interests to enable us to beat off the stiff competition from the foreign OMCs. We believe that the association will make a huge difference. This is because, in the industry, many of the OMCs feel sidelined and bullied in issues that concern them,” the Director of Administration, Patrick Ekar emphasised.

The executives of the Association also pledged to solidify the bond between AIOMCs and NPA and Energy Ministry as a stakeholder and key player in the downstream industry.

“We believe we can make a difference as we are bringing on board initiatives and reforms that’ll ensure that our member interests are properly met because the OMC business provides employment and bread to the tables of many Ghanaians. And if the business terms don’t allow the companies to do business well, they end up having to strangle the salary potential and employment potential of the youth,” Mr. Ekar explained.

In May 2021, the AIOMCG broke away from the Association of Oil Marketing Companies (AOMCs) to be on its own, due to the supposed failure of the AOMCs to protect the indigenous Ghanaian OMCs from unfair treatment in the downstream industry.

The executives of the AIOMCG assured their colleague indigenous OMCs that they would at all times work together with them to move the petroleum downstream industry forward.

The AIOMCG, according to them, would champion the interests of the indigenous OMCs while collaborating with the regulator, local and international organizations, and other stakeholders to expand the frontiers of the industry and beyond.

Furthermore, the AIOMCG assured that many of the challenges confronting the industry would be addressed within the shortest possible time.