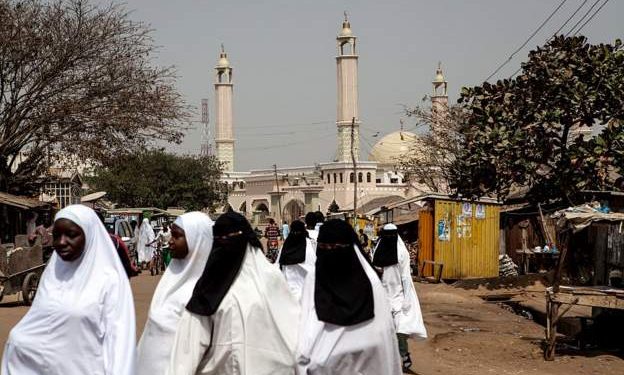 Emir Alhassan Adamu Kajuru was taken along with 12 of his relatives.

Residents in the area say the 85-year-old had received a tip off about the attack and had asked the Nigerian military to send some soldiers. But they never came.

Amongst the relatives who were taken away with him were five women and a baby who is just a few months old.

Kidnapping has become rife in northern Nigeria with more than 1,000 students seized from schools and colleges since December.

Although most people are released after a ransom is paid, nine have been killed and at least 200 are still missing.

Kidnapping for ransom has become a lucrative business and there are growing suspicions that some within the Nigeria military are in on the racket.