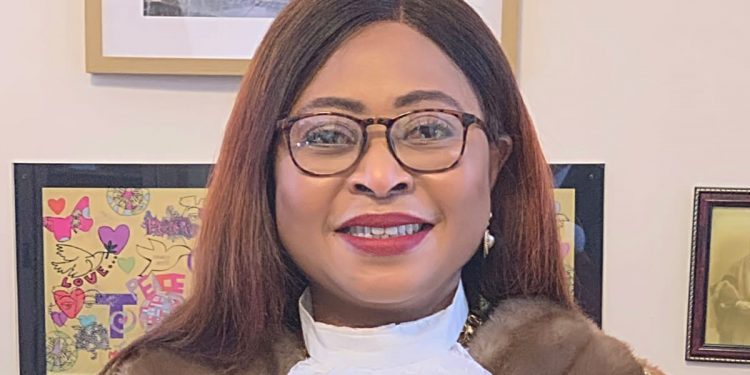 A Ghanaian and Mayor of Luton, Maria Ampah Lovell, will receive a Member of the Order of the British Empire award as part of Queen Elizabeth’s birthday honours.

This is to recognize Miss Lovell for her services to the African community in Bedfordshire during COVID-19.

Cllr Lovell made it to the list of the Queen’s Birthday Honours List 2021 which recognizes extraordinary efforts made by individuals in all four nations of the United Kingdom during the pandemic.

The Mayor of Luton, Maria Ampah Lovell, joins Manchester City’s star Raheem Sterling as an MBE who is being recognized for his services to racial equality in sports.

The Ghanaian Society UK in press release signed by Ernest Amoabeng Ortsin applauded her for this feat as they “feel highly elated for this great honour which has been bestowed on our founder and chief executive. Indeed, the last two years have brought us unprecedented joy, as we have been eye-witnesses to the meteoric rise and shine of Cllr Lovell.”

The group added that: “Cllr Lovell is a trailblazer. She is an epitome of a determined African woman, unstoppable by the hurdles and encumbrances of life. In the last three decades, she has been committed and dedicated to promoting Ghanaian and African cultural heritage in Luton through participation in various cultural events, particularly the Luton International Carnival and Annual Kente Festival, which has awarded and celebrated several prominent Ghanaians and Africans.”

She made history by becoming the first woman of African (Ghanaian) descent (and second black woman) to occupy the mayoral seat in Luton.

She further became the first mayor to be formally appointed in a virtual ceremony (due to COVID-19 restrictions).

The Queen’s Birthday Honours List 2021 demonstrates the extraordinary efforts made by individuals in all four nations of the United Kingdom during the pandemic.

The list includes those who have worked throughout the crisis, putting others before themselves – from caring neighbours, frontline and community heroes, to those supporting the UK recovery.