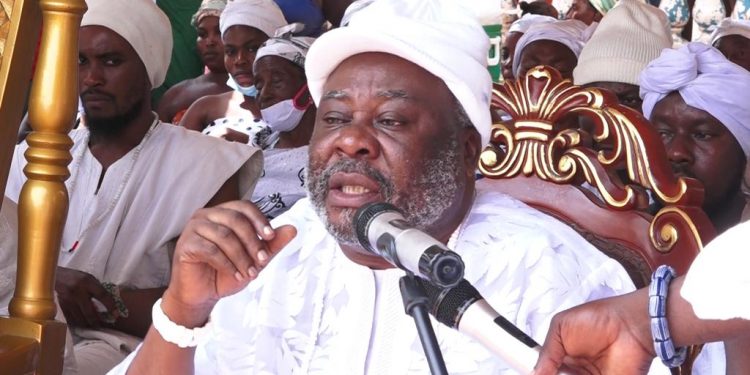 The President of the Nungua Traditional Council, Nii professor Odaifio Welentsi III, has expressed concern about what he considers to be an extinction of Ga tradition and beliefs.

According to the traditional ruler, the disregard for the culture and values of the ethnic group by non-indigenes in the Greater Accra Region is worrying.

Speaking at a durbar ahead of the Homowo festival in Nungua, Nii Welentsi III appealed to the Greater Accra Regional Minister, Henry Quartey to act in preserving the Ga culture.

He said “the Homowo festival by the Gas commences from now till the end of September, and within this period rituals are performed accordingly. If anyone feels unpleased by the tradition, then I suggest the fellow returns to his or her hometown than to criticise the culture”.

He stressed that the traditional authorities have had to summon a number of people due to such disregard.

At the durbar which saw in attendance the Greater Accra Regional Minister, Henry Quartey, the Mayor of Accra, Mohammed Adjei Sowah, and a number of Metropolitan, Municipal and District Chief Executives in Accra, the Chief of Nungua, Nii Odaifio Welentsi III, urged other indigenes to respect the Ga culture to foster unity among the citizenry in the region.