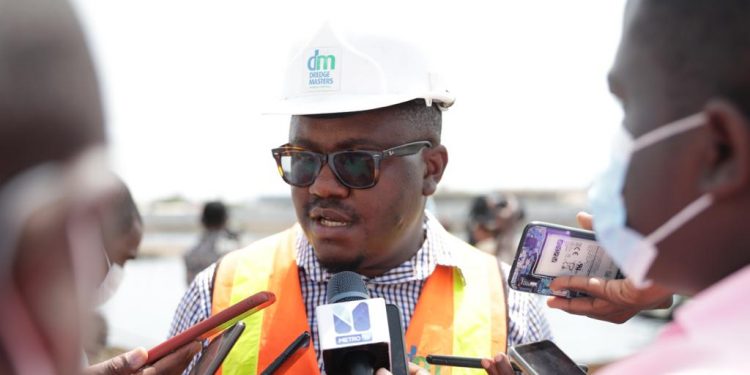 Dredge Masters, the contractor desilting the Odaw River and the Korle Lagoon, says squatters and encroachers are continuing to hinder the progress of work.

The company explained that the squatters have put up illegal structures along the Odaw River impeding their movement to sections of the river where they are to desilt.

This is inspite of the fact that the Accra Metropolitan Assembly, AMA, has issued ultimatums to squatters to move out from the area.

The Operations Manager of Dredge Masters, Sena Kofi Adiepena, spoke to Citi News about the situation.

“It is a two-in-one issue. The encroachers and even the structures that are being constructed very close to banks restrict access for the equipment to work.”

The Odaw River is one of the major receptacles for Accra’s drains, and collects water from major storm drains into the sea through the Korle Lagoon. Desilting of the River is believed to reduce the threat of flooding during the rainy season.

But with the inability to deal with the encroachers, Mr. Adiepena said “it makes it very difficult to access the banks or ensure that we work to meet the schedule.”

“Regardless, we are still able to deliver,” he noted.

Mr. Adiepena also said the workers were having issues with the solid waste still being disposed into the drain.

“You have those on the banks directly disposing of the waste into the drain to allow it to flow from upstream downstream into the sea. Aside from the silt and debris we are taking out, we’ve had to deal with other waste which doesn’t make the work any easier,” he explained.