The politics of CSOs in Ghana [Article] 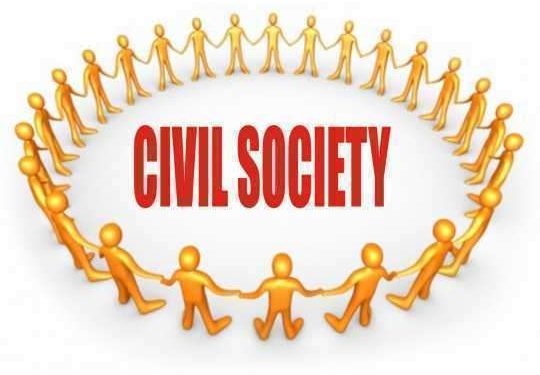 Mentoring and Coaching Hub is one of Kandifo Institute’s 10 initiatives which covers all trainings of young people including staff to help them reach their full potential and bring out their very best in their field of work.

In the month of April, where Mr. Donald Gwira, a Communications Consultant and a Board Member of Kandifo Institute. trained the staff on Corporate Communication.

The staff of Kandifo Institute had their second mentoring and coaching session in May 2021 and they were trained and taught about the Spirituality of Life in the Corporate Environment and this was facilitated by Pastor Benjamin Yamoah who is the Country Director for J-life Ghana.

On June 30, 2021, the institute had their third in-house training session. This time around, training was under the theme: the Politics of CSOs (Civil Society Organizations) in Ghana. The resource person for this session was Mr. Patrick Nyarko who is a Corporate Affairs Director at GIISDEC and also the Head of Policy and Strategy at Kandifo Institute.

Civil society is an essential building block of development and national cohesion. CSOs play multiple roles, and they form an important source of information for both citizens and government. They monitor government policies and actions, as well as hold government accountable.

They also engage in advocacy and offer alternative policies for the government, other institutions as well as the private sector. CSOs again defend citizen rights and work to change and uphold social norms and behaviors. CSOs are basically the ecosystem that influences social change outside of the government. CSOs include a very wide range of institutions and operate at many different levels, including the global, regional, national and local. CSOs includes community groups, research institutes, think tanks, NGOs, trade unions, academic institutions, faith-based institutions as well as advocacy groups.

In his lecture, Mr. Patrick Nyarko stated that think tanks are not the only Civil Society Organizations (CSOs) available. He indicated that in leadership, it is deal to lead with the people thus, leadership is about impact and not just talking.  He also stated that Africa does not practice Policy dialogue. Accord to Mr. Patrick Nyarko, Most CSOs in Ghana do a lot of politicking as these CSOs get their funding through that. This raised a lot of debates in the house as there were some agreements and disagreements between staff on the entire concept.

To bring his lecture to a close, Mr. Patrick Nyarko advised that our ideologies as a think tank and a CSO for that matter, should not blindfold us to see parallel lines as contour lines else it would affect our neutrality on national issues.CSOs play useful and influential roles in the society and must remain as such.

Some of these roles either do complement or constitute significant checks on the activities of governments and regardless of the form or nature these roles may take whether the watch dog role, advocacy, networking, education or service role, promoting good governance has become a good political essential. Some CSOs in Ghana are also known to be outspoken critics on government policies they consider not to be in the public interest.

The activities of CSOs in Africa according to Makumbe (1998) can be traced to the period of political movements towards independence. He concedes that it is only in the past twenty years that CSOs have been able to participate visibly in political engagements and developmental processes.

By being interested in the growth of your staff, you show them that you care about their progress and this can also increase the loyalty of the employees to you. If you are not actively coaching and mentoring your employees, then you are missing out on the opportunity to engage and upskill employees and to some extent retain them.

The benefits of mentoring and coaching are extremely well documented throughout human history. Mentoring and Coaching provides an array of benefits for organization of all sizes especially small businesses. When conducted in an efficient and productive manner, mentoring and coaching provides employees a way to connect, learn, grow within the company or organization and along their own paths giving them higher job satisfaction which leads to increased productivity and reduced turnover.