This Week on #TwitterGhana – What you may have missed!

Twitter is what’s happening and what people are talking about right now. In case you missed it, here is a curation of some big moments that took place on #TwitterGhana this week.

Dance Hall Artiste shattawalegh has thrown his support behind sarkodie as he prepares to release his new album, “No Pressure.” In a tweet, he called on all Ghanaians to support the rapper when the project is finally released.

3SportsGh in a tweet has praised the 20-year-old Samuel Takyi who has qualified for the quarter finals of the Men’s Featherweight event after beating Ecuador’s Caicedo Pachito via unanimous decision. You can find the original tweet here

Eazzy to drop her new single this Friday

The “Wengeze” hitmaker, Mildred Ashong acknowledged in showbiz as Eazzyfirstlady was also on the trending list this week. She disclosed in a  tweet about releasing her new song #OnlyOne this Friday. This generated buzz on Twitter. Read more from the thread here

blacksherif_ latest track ‘second sermon’ has hit 2 million views in a week. blacksherif_ has been most sought after Ghanaian musician due to his ability to blend high-life and drill music. In his tweet he introduced the track to his Twitter followers and it’s receiving massive comments. The song highlights the struggles the majority of the youth face. Follow the conversation here

In a tweet saying ‘see who got me a jersey’ @Thomaspartey22 God bless you’ mrdrewofficial couldn’t hide his joy after receiving a customized Arsenal jersey from the midfielder. The two met at the ‘Ghana party in the Park’ event in London last weekend.

BBNaija has been trending all week. Actress lydiaforson in a tweet shared the housemates for the sixth edition of the show dubbed ‘Shine ya Eye’. Read more about the comments on the show here You can also get all the live updates on the show from here

No Pressure Album: Set to drop by Sarkodie

Sarkodie is one of Africa’s greatest rappers and one of the biggest music stars in Ghana since bursting on the scene in 2009 with his debut album, ‘Makye’. The music icon is set to release his latest album titled ‘No pressure’ as announced in a tweet. This has been buzzing on Twitter as fans anticipate its release on July 30th. Read more here 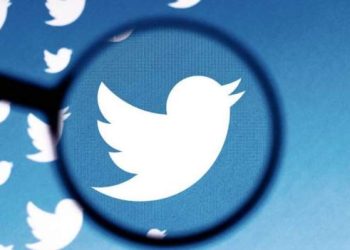