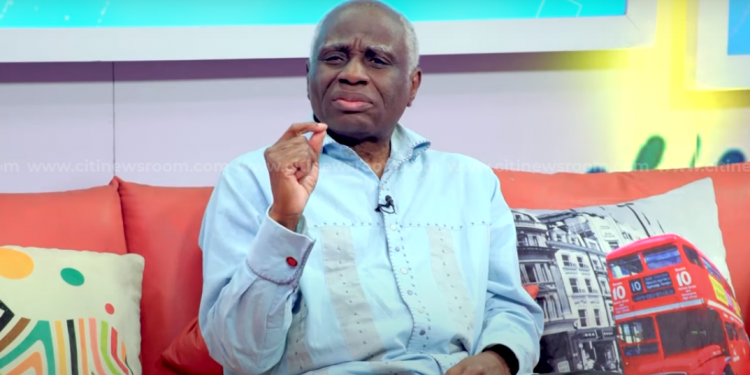 Celebrated Ghanaian lawyer, Tsatsu Tsikata, has been speaking about how he ended up in the legal profession.

According to the respected lawyer, his decision to venture into the law was ignited by insights he received from Mr. William Ofori- Atta, one of the famous ‘Big Six’ members, when he [Mr. Tsitaka] was at the University of Ghana, Legon.

Speaking on the Upside Down show on Citi TV, Mr. Tsikata also touched on how his Christian life received positive imprints from Mr. Ofori-Atta.

“One other lawyer whose mentorship I must point to because it also relates to being a Christian is Mr. William Ofori- Atta. When I was in Legon [University of Ghana], I joined the Christian Fellowship and Paa Willie will come and speak to us. He had then come out of prison, where he had become a Christian. It was always amazing when he came to speak to us because, here was this person, one of the Big Six, and he always spoke so simply and so lightly.”

“He was known to be a good orator, but when you are in his presence, he brought things down to the level of us the young ones. When he spoke about his time in prison, it left a mark on me. So when I was having my time in prison 40 years later, it was like déjà vu.”

Mr. Tsikata also told hosts of Upside Down, Frema Adunyame and Nana Tuffour, that he later got closer to Mr. Ofori-Atta in a way that “After his talk, he will sometimes walk with me to my room.”

“At that time, he had an extra reason for coming to my room. My roommate was Duke Danquah, his nephew, who was JB Danquah’s son.  This great man [William Ofori-Atta] brought himself to the level of us, the young ones. I was 17 years by then. He related to us as if we were just his younger brothers. He was a lawyer also. That gave me some insight into what it means to be a lawyer,” he said.

Tsatsu Tsikata, who has been part of the legal team that litigated the last two election petitions in Ghana, said: “In the long run, I ended up representing him [Ofori-Atta] in court in the 70s. I represented him together with J. Randolph when he was in jail during the Acheampong period.”

“It was a privilege,” he said.