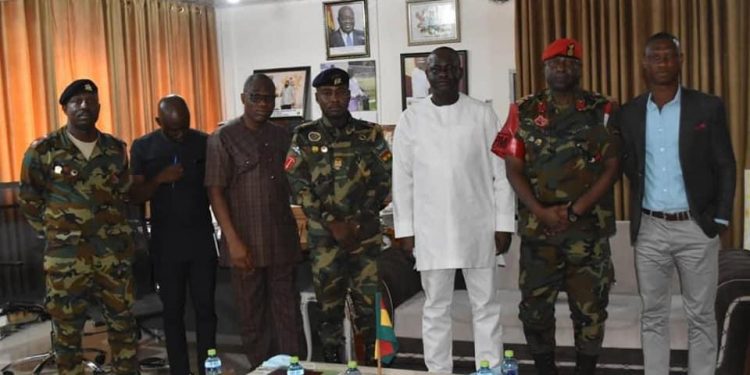 The Military High Command has formed a four-member committee to investigate last Thursday’s assault by some soldiers on some residents of the Upper West Regional capital, Wa.

The Upper West Regional Minister, Dr. Hafiz Bin Salih, who disclosed this on his official Facebook handle, indicated that “the committee is headed by Colonel B Z Ayorrogo of the Ghana Armed Forces”.

Dr. Bin Salih, who did not give details of the committee’s terms of reference, however disclosed that about thirteen victims of the incident have lodged formal complaints at the Upper West Regional Police Command, while three of them also reported to the regional hospital for treatment.

The Regional Minister assured residents of the Wa town especially the affected victims that justice will be served at the end of the investigations.

Citi News sources at the Upper West Regional Coordinating Council indicate that the four-member committee has up to Friday 9th July to conclude its investigations.

The Overlord of the Wa Traditional Area, Wa Naa Fuseini Seidu Pelpuo IV, says the government must provide some form of compensation to inhabitants of the area who were assaulted by some soldiers.

He said the unprovoked attack on residents of Wa by the soldiers was a breach of trust and respect between the Ghana Armed Forces and the community.

He said they also want the soldiers who partook in the assault on residents to be punished without delay.

He made the comments when the Military High Command paid a courtesy call on him to deliberate on the incident.

According to the traditional leader, the chaos caused by the soldiers in the town caused some residents to losing their property, including a young man who could not find his tricycle after he was beaten.