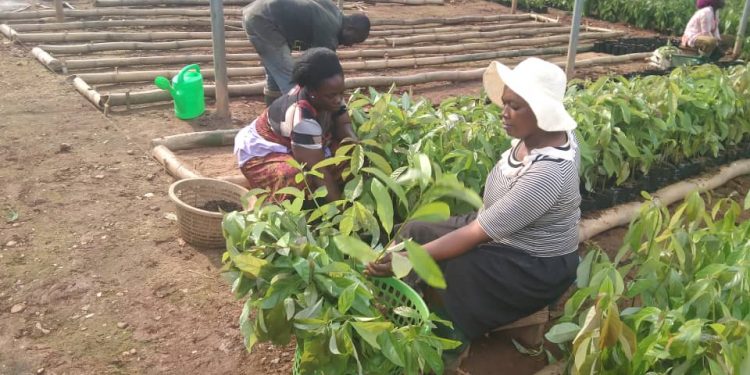 Ghana will soon begin the production and mass export of avocado oil and drinks in the coming months, according to the management of Akuapem Gold Agro-processing Company Limited, a private entity under the government’s one district one factory initiative.

The company, through the implementation of simple soil maintenance technology with the best agronomy practices, has been able to record some yields in fruits in less than two years instead of the usual three to five years it usually takes for the Hass variety avocado to mature.

The company, which is cultivating avocado on a 25,000-acre land, has procured all machinery and equipment needed for the production of the avocado oil and fruits awaiting full harvesting to start processing.

The Board Chairman of the company, Albert Wilson, who indicated that plans are far advanced to begin the first-ever avocado oil and drinks processing in the country, called on the government to support avocado cultivation which has the potential to create employment and increase the country’s foreign exchange earnings.

“Kenya is the leading producer of avocado in Africa, so if we talk about benchmarking learning, we’re learning from them. Our chief agronomist was there to learn and pick up a lot of things from them, so they are the benchmark as far as avocado production in Africa is concerned, so we will keep on talking about them but between us, we think we have plans to overtake them within the shortest possible time if all goes well”.

“What we are going to start doing is exporting the fresh foods and the oil, and on the world market now a litre of avocado oil is about 32 to 35 dollars, and we are looking at smart virgin oil and that comes from organic and all that we are doing here and on the field is organic, so we are targeting premium for all the things that we will do. We will begin to branch off and get into other things because every part of the avocado is useful. We are going to get into the drinks and the medicinal aspect, animal feed, we are going to get into everything, nothing goes to waste”.

Avocado on the world market

In 2016, the global revenue for avocado was about 12 billion US dollars, it is estimated to reach about 23 billion Dollars by 2027.

“… But guess what, in 2019, it got to 20 billion, and it is estimated to hit about 31.5 billion by 2027, so it tells you that it keeps moving. 2016 production was 2.6 times more than the 1997 production, and that’s because there is an emerging middle class. People are getting health conscious and as such moving from chemical additives to natural products, so anything natural is the way forward. The world tree is in the trillions, and avocado has very few substitutes because every part of it is useful for the heart, cholesterol”.

“If you take a series of avocado meals for about two weeks, it reduces the cholesterol level by 17%. It is good for the eyes, the kidney, the liver, antioxidant, zinc, I mean everything. You can’t compare avocado to anything else, that is what makes it the number one product on the world market now. And in Colombia, before when we talk of Colombia, we talk cocaine, but now the cartels are fighting over avocado because they are green gold, so it tells you how important it is. For arthritis, malaria fever, aphrodisiac, every part of it is something else” he noted.

According to Albert Wilson, despite the prospects, they’re also faced with some challenges.

“We have issues with peasant farmers who have been on the land for several years, but we are still in talks with them, and we hope they will come on board. But another challenge we have is getting electricity to the factory, we have all our production equipment here; we have moved to the electricity company, written several letters and even the chiefs are aware. We don’t know what exactly is delaying them from connecting us, but this is a serious problem for us, and we hope it will be addressed soon.”