Adjase-Kodjo writes: A rejuvenating encounter with the ‘forgotten’ Akumersu waterfall 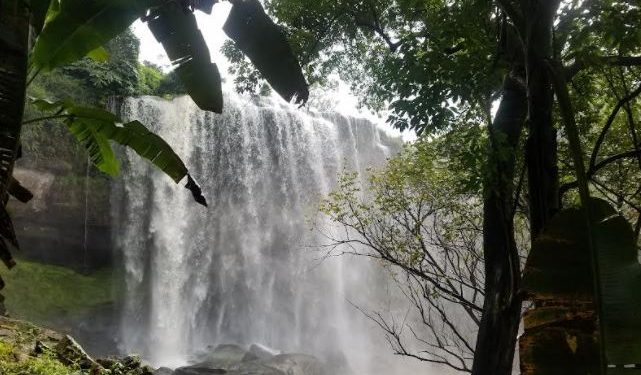 The untarred road meandered through Brepaw, Feefe, Konkoney, and ushered us into the peasant community of Akumersu in the Upper Manya Krobo District of the Eastern Region. In that hamlet is a ‘virgin’ waterfall that is wasting away in a nearby bush.

The ‘vuuuuum’ sound which emanated from the revved engines of our chain of vehicles attracted the attention of the natives. The old folks peeped from their windows or doorways and flashed friendly grins in our direction, as if to assure us of the wonderful hospitality the locals have come to be noted for.

The kids too had their own way of welcoming us; they beamed with smiles, leapt in excitement and waved at the convoy. Gradually, our vehicles snaked through the community before we finally emerged on an outcrop, a rocky surface broad enough to sit hundreds of tourists. There was a brief picnic and moment of socialization to shake off the fatigue and weariness arising out of the long travel.

Then the real expedition began. A few steps away from the picnic area and before us laid an alluring verd, a broad expanse of grassland – overlooked by an azure sky – gently eating into the horizon.

The lay of the surrounding was breathtaking, folks. Steadily, we went through the underwoods and down the gentle slope, some on wobbling feet which threatened to give up, forcing the thought of a retreat into their
minds. I must confess that even me, I came tumbling twice before we got to the destination. 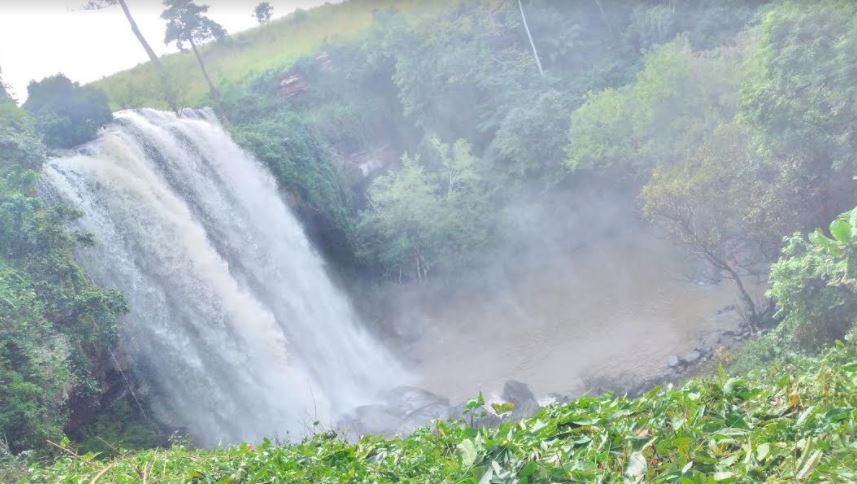 The more we descended and inched closer to the sound (the waterfall), the more refreshing the misty waft and breeze that embraced us. 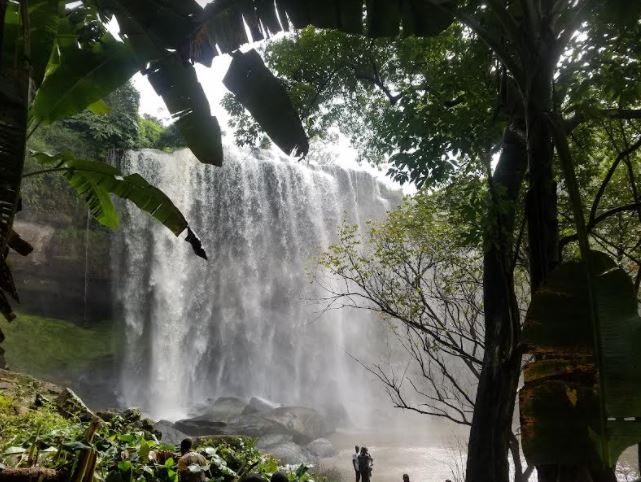 One striking scene that greeted us as we made the descent was this beautiful canopy of indigenous forest trees in the enclave – sparsely pierced by streaks of light – which appeared to be sheltering the water body. Colourful air-master butterflies of varied shades could be seen performing gymnastics on the leaves, which swayed mildly in the direction of the winds.

The birds did not miss the occasion; they hopped on the branches and chirped (like the Harmonious Chorale group of singers) as if they wanted to leave us with an inerasable impression. The trees did their own too; they dispensed an unending and revitalizing breeze into our nostrils, which kept our lungs bellowing and supplying oxygen to our bodies. 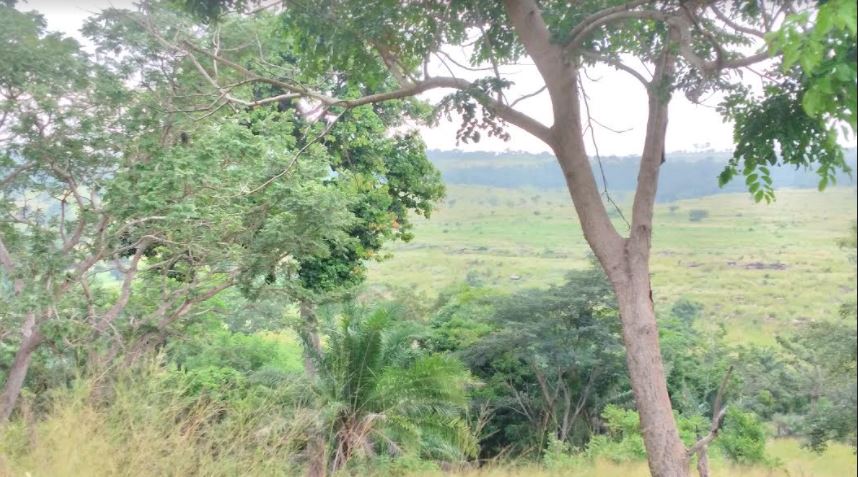 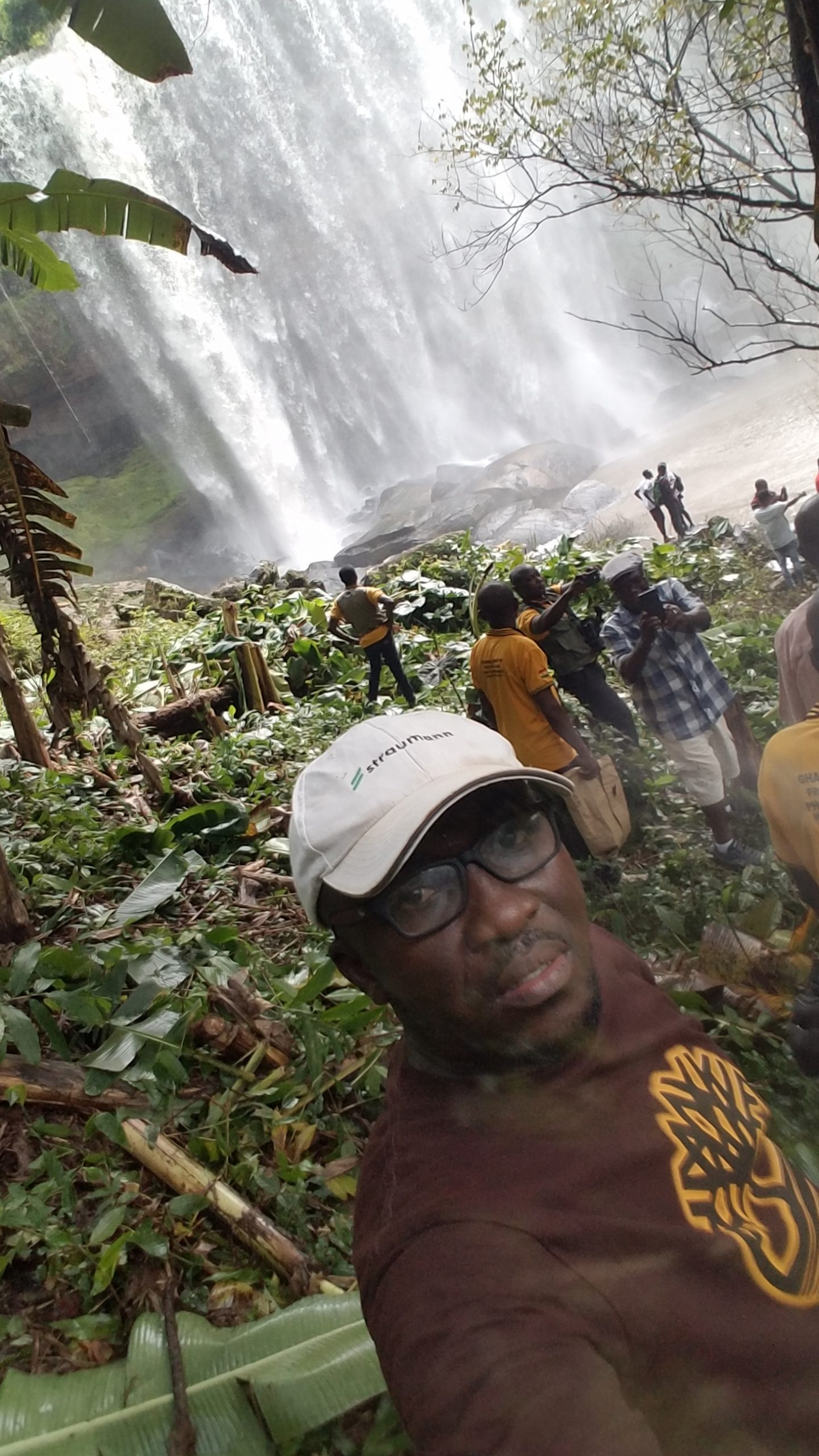 Down there at the Waterfall was the real deal, water flowing in an incredible volume off a steep crag, overhung by lovely creeping plants and rocky formations in strata.

Once down the rugged cliff, the water stagnates (collects) briefly under the rocky overhang to form a sizeable pool before gliding gracefully downstream, while caressing and fondling the boulders and trees in its track. Awwwww, the place was so airy and humid; the wind sprinkling droplets of water in all directions.

In all sincerity, I didn’t want to return. Ever since I was introduced to hiking (life in the jungle) and was sucked into the magic and adventure that come with it, I have never come face to face with a sight as mystifying, refreshing and soothing as the Akumersu fall. 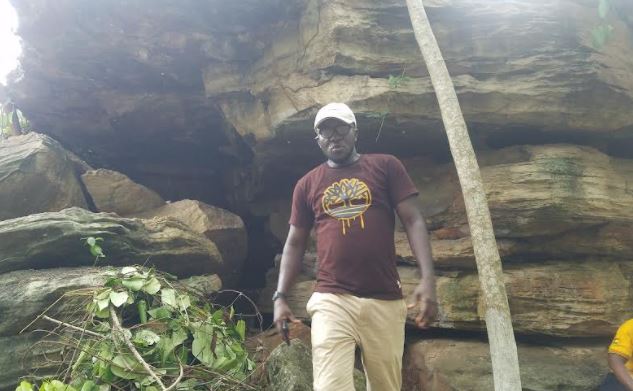 Indeed, a world without the greens and the enchanting scenes that nature offers – like this beautiful fall – will be a world sapped of all colours, a world that offers no sense of escapism. What a thrilling and rejuvenating encounter with nature.

The writer, Henking A. Adjase-Kodjo is a Public Relations/Development Communication practitioner, a freelance journalist, an activist writer, blogger, an incurable social worker, a relentless optimist and a culture enthusiast from Odumase-Krobo. Email: klonobi2007@gmail.com

The bits of climate finance and economics [Article]