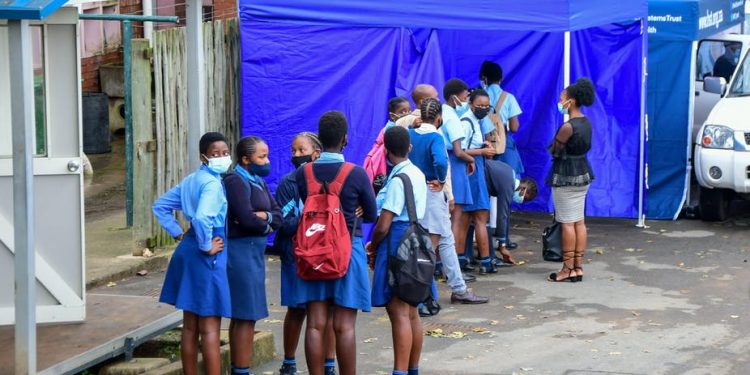 Adolescent girls in sub-Saharan Africa are vulnerable to early unintended pregnancy, HIV, child marriage, sexual violence, female genital mutilation, and related mortality and disabilities. This is particularly the case for those from the poorest homes.

Three-quarters of new HIV infections among 15-19 year-olds are in sub-Saharan Africa. Pregnancy-related complications and AIDS are the leading causes of death among adolescents in the region.

The high burden of poor sexual and reproductive health is a threat to the immediate and future health and socioeconomic well-being of the region’s young people. Improving the health outcomes of sub-Saharan African adolescents is a priority of many governments, researchers and development partners.

Governments in the region have made several commitments to improving adolescent sexual and reproductive health. These include the Maputo Protocol, the African Union’s Agenda 2063 and the African Charter on the Rights and Welfare of the Child.

But many of these commitments haven’t been implemented at a national level. We believe this is, in part, because of the absence of the evidence required to inform policies. Political leaders can be suspicious of foreign-driven research intended to inform local strategies.

In general, research on adolescent sexual and reproductive health has increased remarkably over the past decade. But who is driving it?

In our recent paper we examined the body of research on adolescent sexual and reproductive health in sub-Saharan Africa. No study has systematically mapped this existing body of knowledge. We wanted to see how much of the research was conducted and led by African scientists, and some of the common topics covered.

We found that research was patchy – heavily concentrated in only six countries. It was also patchy by subject matter – some subjects got a lot of attention, like HIV and gender based violence, while others received virtually none. We also found a very low representation of African-based researcher as lead writers.

We looked at research on adolescent sexual and reproductive health in sub-Saharan Africa between January 2010 and December 2019. There was an increase in research in this field over this period. But our review reveals significant gaps in the geographical coverage of these studies.

Most sub-Saharan African countries had limited research. The bulk of the research was done in six of the 46 countries in the region (South Africa, 19.2%; Kenya, 12.1%; Nigeria, 9.1%; Tanzania, 8.0%; Uganda, 8.0%; and Ethiopia, 7.5%). Ten countries had no adolescent sexual and reproductive health publication, and five had only one paper each.

But limited attention was given to other topics. Among these were other sexually transmitted infections, comprehensive sexuality education and age-appropriate services. Menstrual hygiene, gender norms, early adolescence (10–14 years), programme interventions and policy evaluation were also under-studied.

We also found a low representation of African-based researchers in the lead author position.

One in six articles did not include any local authors. And local researchers led a little over half of the research. When African authors collaborated with researchers from Europe and the US, they were less likely to be the lead author. These findings are consistent with previous research.

The low representation of Africa-based authors in the lead author position may reflect their limited access to research resources, as well as power imbalances in knowledge production.

But representation in publications, especially in lead authorship positions, is important to researchers. It can help secure jobs, promotions or leadership positions in academics and research institutions. When researchers in sub-Saharan Africa are excluded as authors or lead authors in research they contributed to, their chances of benefiting are limited.

But it’s worth noting that the research may simply not happen without the US-based or EU-based authors. This is because the primary funding for adolescent sexual and reproductive health studies in sub-Saharan Africa comes from the US and Europe. And authors from these countries are more likely to receive these research funds.

In most cases, they come with the funding and have the expertise and design the research. So it is not surprising that foreign authors led much of the research in the region.

Research is particularly needed to assess existing policies and inform efforts to implement them better. Local evidence should drive policy debates, advocacy and decisions. Funders and researchers should, thus, prioritise topics and settings where research is scarce. It is also critical to develop the research ecosystem and experts in countries where research is thin.

Under-representation of African scholars as lead authors perpetuates power imbalances in knowledge production. Funders, journals and research institutions should develop policies and principles that address the imbalances and give local researchers more prominence. This would go some way to meeting the call to decolonise global health.

Lastly, if Africa is to achieve its transformative agenda, its research ecosystem needs significant investment. Meeting the 1% of GDP commitment to research is an important first step.