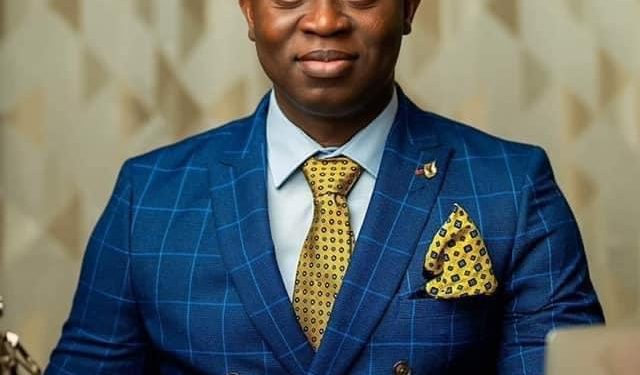 There is no doubt that the African Continental Free Trade Area (AFCFTA) is Africa’s most forward-looking continental agreement which places us as an emerging global trade leader that has the potency of reforming our markets, economies, and the manifest destiny of our people if it is fully implemented.

The World Bank describes this pact as the largest free trade area in the world in terms of the number of participating countries which is 55 with 1.3 billion population and a combined GDP value of $3.4 Trillion – it therefore can lift over 30 million people out of extreme poverty and 68 million people who live on less than $5.50 a day out of moderate poverty.

That notwithstanding, such a measure will not be attainable without a comprehensive strategic plan, backed with the right investment, and infrastructure development by African nations.

It is important to recognize the fact that single-window transportation will be one of the primary drivers to Africa’s integration of a single market under the AFCFTA – failure to have a seamless transport system that will ensure interconnectivity and networking within the continent will hinder the progress of AFCFTA since it is hinged on the free movement of goods, services, and persons.

The European Union in realizing this phenomenon as a precondition for a single market within its domain has put in place an EU Transport policy to remove obstacles for the smooth flow of goods amongst its member states by adopting a single European transport area which allows for a fair and a competitive mode of transport.

Unfortunately, connecting with most African nations through transport modes such as air, rail and road come with major hindrance, that is, lack of road and rail infrastructure that interconnects to member states, high freight charges, and the tonnage of cargoes that can be moved at a go through long distances.

Unlike Africa, the European Union member states have a solid road and sea transport infrastructure that connects to its member states.

This accounts for why one-third of goods transported intra-EU is done by sea, representing 40%, 44% by road, and 9% through rail.

Road transport is the most viable mode of transport of goods intra-EU due to its robust motorway system and seamless cross-border transition as provided for by its single market.

Therefore, we in Africa must prioritize on what works for us based on our level of infrastructural development, cross border transition, convenience, and freight cost – the sea transport presents itself as a vital option for the movement of large cargoes across long distances as well as being the cheapest mode of transport.

Based on the records from the AFCFTA secretariat, the first goods that were transported under the pact on the 4th of January 2021 was conducted through sea transport and were from Ghana to Guinea. Indeed, landlocked African countries are mostly dependent on neighbouring port nations for their trading.

The maritime industry within the African continental domain needs a sharp focus and a developmental strategy if we are to realize the full potential of AFCTA. The issue of port expansion is hot on the burner – without such an expansion we cannot be able to handle the capacity of both import and export of goods as the general population in Africa continues to increase – which means that the need for various types of goods is likely to soar.

The port infrastructural development in Africa is of utmost importance – there are only three African ports located in Egypt, Morocco and South Africa that are featured in the 2020 list of 100 global container ports with a combined effort of handling 51% share of goods that are carried by sea transport.

The rest of the African port nations do not have the capacity to handle very large volumes of bulk and containerized cargoes. If the continent’s single market will be practical and workable, it will largely depend on the massive infrastructural development of its maritime industry.

Currently, intra-AU trade is quite low with an estimate of 15% as compared with 61% in Asia and 67% within the European Union.

Therefore, there is an opportunity to grow with robust maritime trade and infrastructural development, since it is the cheapest and most convenient mode of transporting bulk cargoes.

Research indicates that transport prices account for 15% to 20% of import cost, and therefore reducing the cost of transport is likely to increase intra-AU trade to about 25%.

Also, 40% of the final cost of goods to the consumer is because of high freight charges.

According to reports from the world bank, the dwell time, or the turnaround time for vessels to load or unload their cargoes and how long they spend at the port is 20 days at ports within sub-Saharan Africa as compared to approximately four days turnaround time within major ports across the globe.

There must be a consented effort to remove the bottlenecks within the African maritime transport through methods such as the simplification of administrative processes, increased port capacity and operational efficiency, storage capacity and connection to the hinterlands – this will directly reduce the dwelling time and high freight cost.

Fleet ownership within the continent is very low and can impede the optimization of AFCFTA and therefore investments in ship acquisition and management with a strong ship financing arrangement is needed to drive this agenda.

The European Union in promoting intra-trade sea transport has established the Shortsea Promotion centres (SPC) in all its coastal member states to coordinate and collaborate the smooth movement of goods within a European Shortsea Network (ESN). African coastal states can adopt such a model to ensure effective integration, interdependencies, and collaboration amongst themselves.

It has become imperative that we prioritize the implementation of the 2050 Africa’s Integrated Maritime Strategy and the Revised African Maritime Transport Charter to support the needed growth of AFCFTA.

The writer, Chief Obosu Mohammed is the Executive Director of the Institute for African Maritime Development.