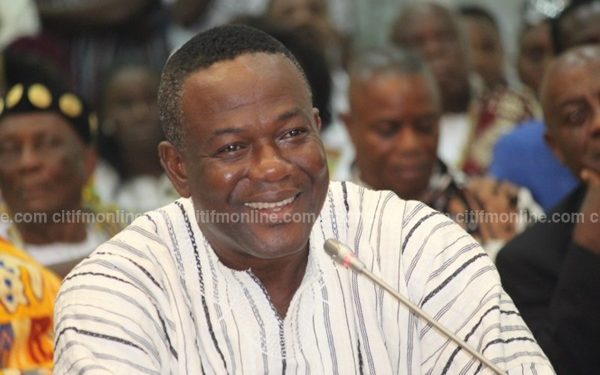 A former Minister for Chieftaincy and Religious Affairs, Samuel Kofi Dzamesi, has been appointed as the Chief Executive Officer of the Bui Power Authority.

His appointment was confirmed in a letter signed by the Chief of Staff, Akosua Frema Osei-Opare on July 30, 2021.

“Pursuant to Section 9 (2) of the Bui Power Authority Act, 2007 (Act 740), I am pleased to inform you that the President has appointed you to act as the Chief Executive Officer of the Authority pending receipt of the constitutionally required advice of the Governing Board of the Authority,” the letter stated.

In the 2020 election, Mr. Dzamesi failed in his attempt to unseat the opposition National Democratic Congress’ (NDC) James Klutse Avedzi.

Being without any formal appointment in President Akufo-Addo’s second term, some chiefs and traditional leaders in Dzodze, his hometown, petitioned the President to consider reappointing him as minister.

“From his days as a Regional Minister during the erstwhile Kufuor administration and as a Chieftaincy and Religious Affairs Minister under your tenure, we have come to see that he is a very good development agent,” part of their petition stated.

The former Volta Regional Minister under the Kufour administration and trained engineer is expected to confirm his acceptance of the appointment before proceeding to take office.

BPA was established by an Act of Parliament, BPA Act 740, 2007 with a mandate to plan, execute and manage the Bui Hydroelectric Project. 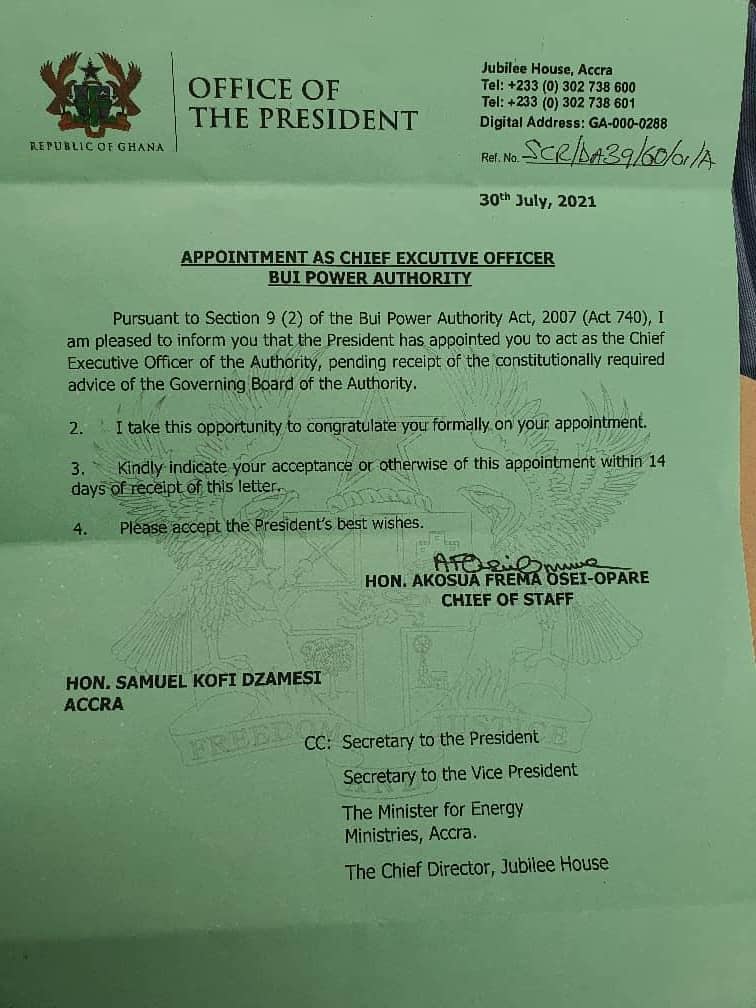