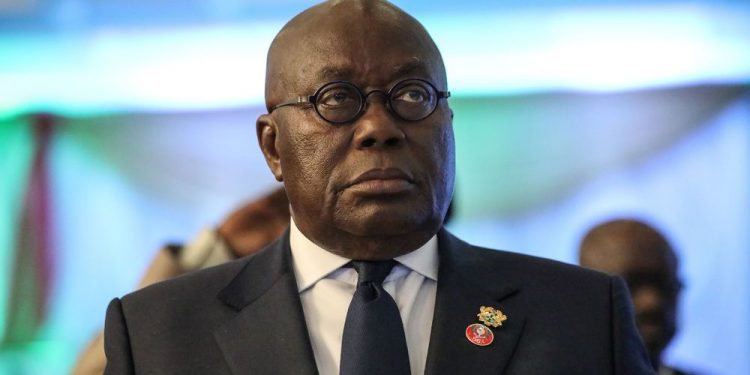 Member of Parliament for North Tongu, Samuel Okudzeto Ablakwa, says President Nana Addo Dankwa Akufo-Addo ought to be blamed for his lack of responsibility leading towards the unwarranted levels of violence recorded during the 2020 general elections.

The MP maintains that the failure of the President to ensure that the various security agencies handled events during the polls in a more appropriate manner must be something the President must be ashamed of.

Mr. Ablakwa’s comment comes on the back of a petition he and another colleague legislator – Ellembelle MP, Emmanuel Kofi Buah,  have presented to the Commission on Human Rights and Administrative Justice (CHRAJ) to probe the violence and the killings.

“The buck stops on the leadership. The Commander-in-Chief of the Ghana Armed Forces, the President himself, must be embarrassed that this happened under his watch. He is the Chair of the National Security Council,” Mr. Ablakwa said on Eyewitness News.

Many MPs on the minority side of Parliament have taken steps through the [private member’s motion] seeking a full-scale probe into acts of violence that occurred during the 2020 polls.

They want the scope of the probe to factor in inappropriate interferences by state security in the elections and violence against citizens, leading to the loss of lives insisting that the IGP, and other security agencies reneged on a promise to Parliament and Ghanaians to protect lives.

The latest is the petition by Messrs Ablakwa and Armah Buah invoking CHRAJ’s legal mandate to investigate the conduct of security officers in the election.

The petition from the MPs is lodged against the Ministers for Interior and Defence, the Inspector General of Police, and the Chief of Defence staff.

“That is why in our complaints, we have not left out the politicians because they are the beneficiaries of these shenanigans when they occur. So the Minister of Defence has been cited in this petition. The Minister of Interior because they are in charge and serve on the National Security Council. So we are not stopping at the level of the IGP or Chief of Defense Staff, although they have been cited”, Mr. Ablakwa added.

The petition filed by the two MPs is restricted to the Techiman South, Odododiodio, Ablekuma Central, and Savelugu constituencies in the Bono East, Greater Accra, and Northern Regions of the Republic of Ghana respectively.

“The complainants herein bring this matter before the Commission based on the Commission’s legal mandate to investigate the conduct of the security officers complained about in the instant petition in a timeous manner for justice to prevail for the victims and their families”, parts of the petition read.

The legislators argue that a review of the documents and video footage accompanying their complaint shows that, the victims were indeed injured and killed by the direct conduct or actions of uniformed officers and the National Election Security Taskforce (NESTF) during the elections.

In furtherance, they said, the evidence also points to a display of needless and unjustifiable brute and excessive force incommensurate with the actual threat with disregard for other less fatal options for the purpose.

The petition added that “the complainants finally demand that the investigation identify the role played by the Ministers of the Interior and Defence in terms of instructions and orders in relation to the conduct resulting in this complaint, and the lack of leadership or proper oversight to prevent, stop or respond in a manner to curb the violations that have occurred”.

The MPs are therefore seeking the following reliefs from CHRAJ: