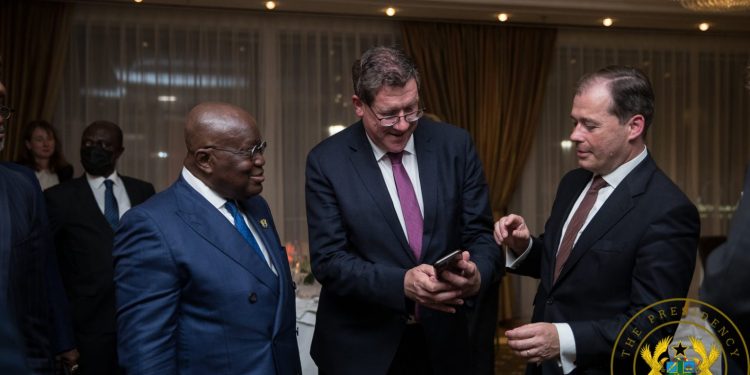 The President, Nana Addo Dankwa Akufo-Addo has touted some of his government’s policies to woo German investors into Ghana.

President Akufo-Addo did this on Monday, August 23, 2021, when he delivered a speech in Düsseldorf, in Germany, as part of the 75th-anniversary celebrations of North Rhine-Westphalia.

According to the president, the country needs investment in some of its social intervention policies such as One District, One Factory, One Village, One Dam, Planting for Food and Jobs among others.

President Akufo-Addo insisted that such investment will drive the country’s aim of creating more jobs for the youth.

“I am sure you’ve heard of some of my government’s flagship policies i.e. One District, One Factory, One Village, One Dam, and the programme for Planting for Food and Jobs which I commend to you. There are other areas you can invest in such as water, health, housing, road and rail infrastructure, transport, industry, manufacturing, agriculture, petroleum and gas.”

Citing the African proverb, “if you want to go fast, go alone. If you want to go far, go together”, the President said Ghana intends to work with the two countries to promote human rights, democracy, and the rule of law in Ghana.

“We, in Ghana, are drawing inspiration from the success stories of North Rhine-Westphalia and Germany, because, likewise, we want to build a progressive and prosperous country.”

“We have resolved to walk hand-in-hand with North Rhine-Westphalia and Germany because we desire to walk far, especially as we share attachments to common values of respect for individual liberties and human rights, of respect for the rule of law, and of respect for the principles of democratic accountability,” the President said.