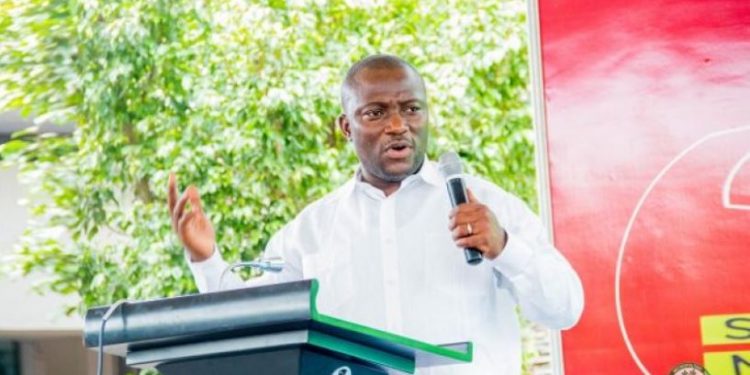 The Accra Metropolitan Assembly (AMA) has launched its 3rd Road Safety Report, which spanned 2019-2020, with a call on stakeholders to continue with their interventions to help reduce crash-related deaths and injuries in the city.

AMA and the Vital Strategies jointly produced the report with support from Bloomberg Philanthropies Initiative for Global Road Safety (BIGRS).

The crashes were caused by inattentiveness, speeding above the posted limit, brake failure, improper turning on highways among others.

Mr. Mohammed Adjei Sowah, the Accra Metropolitan Chief Executive in a speech, said the data provided in the road safety reports over the years, had informed the AMA in its interventions in the area of road engineering, police risk factors enforcement, and focus on mass media and mini-campaigns.

“These implemented actions have improved safety on Accra’s roads and an example is the mass media campaign on speeding, which was rolled out in 2019 and had helped in reducing the prevalence of speeding in Accra from 77 percent in 2019 to 47 percent in 2020,” he said.

Mr. Adjei said findings from the report should inform continuous interventions to reduce crash-related deaths and injuries in the city and should guide the activities of stakeholders in road safety to deliver on their mandate.

“The AMA has through the support of BIGRS trained over 300 police MTTD personnel and donated policing items to the police MTTD to aid police enforcement. Items donated include cones, batons, reflective vests, directional signs, hand gloves, and the latest laser cam ‘4’ speed detection device among others,” he said.

The MCE said: “I hope that the strategic actions taken by the AMA to reduce road deaths and injuries will encourage stakeholders at the local and national levels to continue supporting these efforts.”

He expressed gratitude to the BIGRS teams in Accra, Bloomberg Philanthropies, Vital Strategies, and all local and external partners for their ongoing support in making Accra safe for all road users.

She said: “Between January and July this year, we have recorded 9,520 road traffic crashes which have resulted in 1,706 fatalities and 9,299 injuries of varying degrees. The statistics further show that Greater Accra Region (excluding Tema) contributed 34.63 percent of these recorded cases and 15.89 percent and 17.37 percent of all fatalities and injuries respectively. The data further shows that a total of 6,118 vehicles were involved in road traffic crashes in Accra Region with 27.39 percent being commercial vehicles, 55.74 percent being private and 16.87 percent being motorcycles.”

Madam Yeboah said the staggering statistics should be a wake-up call to all stakeholders and road users to collectively contribute more meaningfully to a sustainable reduction of road traffic crashes as the AMA was doing.

“Road safety we say is a collective effort. As an Authority, some programmes and activities have been rolled out, to help improve road safety in the Accra Metropolitan Area specifically through road safety education, campaigns, publicity, road safety inspection, and pre-departure checks at lorry terminals.

“We have also collaborated with our stakeholders in engineering and enforcement,” she said.