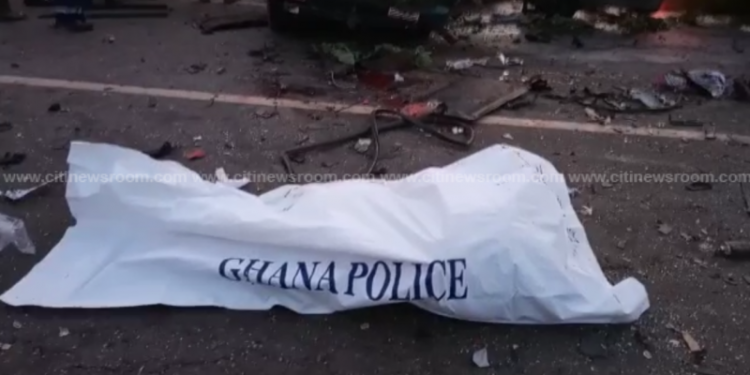 The lifeless body of a 14-year-old girl has been found at the outskirt of Bodomase in the Sekyere-Kumawu District of the Ashanti Region.

The body was retrieved over the weekend with bruises on the neck while blood oozed from the nose.

The clothes of the deceased, identified as Linda Pokuaa, were stained with blood when passers-by spotted her body at a secluded location.

Two persons have been picked up in connection with the incident as police say they suspect foul play.

“We had information that a dead body had been found along the road. So my men went there and did what was expected. As of now, we are doing the investigations. There was a note at the scene, so we suspect a murder case and not a natural death”.

In the meantime, the body has been deposited at the morgue for preservation and autopsy.