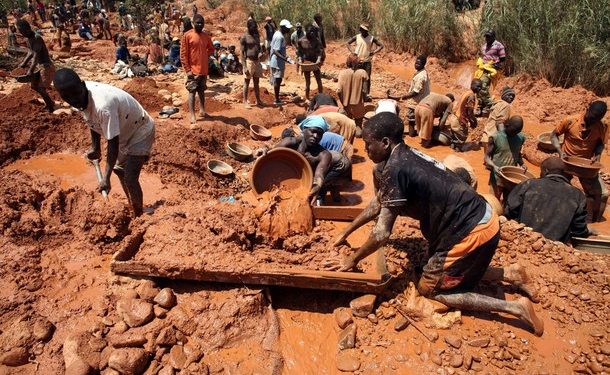 The Auditor-General has surcharged the Environmental Protection Agency (EPA) a total amount of GH¢524,300 for failing to ensure small-scale miners pay for reclamation bonds before being issued with permits.

Reclamation bonds are paid to ensure that land affected by mining or a similar permitted operation is returned to the pre-mining or an acceptable condition.

Regulation 23 of the Environmental Assessment Regulations, 1999, requires the EPA to ensure that prospective small-scale miners post reclamation bonds in the form of cash into an escrow account based on an approved reclamation plan before permits are issued.

The Audit Service however observed in its 2020 report on regulating reclamation activities at small-scale mining sites that about 12 small-scale miners had not paid bond amounts totalling GH¢524,300.00 but were allowed to operate.

“We noted that EPA did not administer posting of reclamation bonds as required by Regulation 23 of the Environmental Assessment Regulations, 1999 and failed to collect an amount of GH¢524,300.00 from 12 concessioners.”

The report thus recommended that EPA officials involved should be surcharged.

“Per Section 18(1b) of Audit Service Act, 2000 (Act 584), the amounts of approved reclamation cost that EPA did not collect should be surcharged on the officials involved and EPA should take the necessary steps to standardize liability estimates for SSMs [small scale miners] and to insist on the posting of the approved reclamation cost as bonds before issuing prospective small-scale miners with Environmental Permit.”

The Audit Service also called on both the Minerals Commission and the EPA to modify their reporting format to capture the extent of reclamation on concessions to aid decision-making.

Small scale miners have previously complained about malfeasance from the state in the enforcement of laws against illegal small scale mining.

At a point, a ban was placed on all forms of small-scale mining, which the small scale miners groups felt was unfair.

The committee, which was headed by the former Minister of Environment, Science Technology, and Innovation, Prof. Kwabena Frimpong-Boateng, was established by the Akufo-Addo administration to check illegal mining activities.

In his last State of the Nation Address, President Akufo-Addo called for broader stakeholder engagements on how to tackle illegal mining.

He subsequently dissolved the committee, which was instituted to clamp down on illegal mining activities.