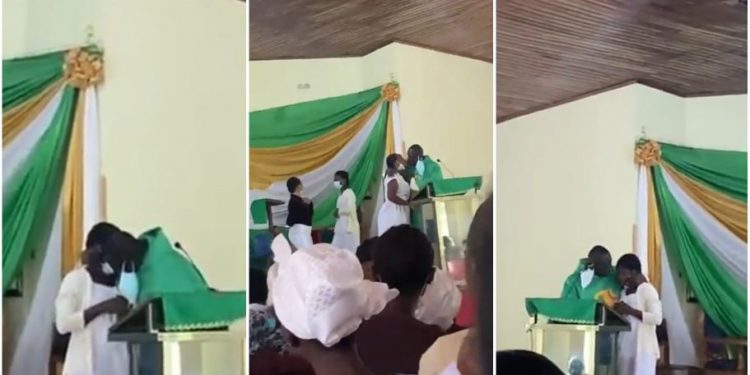 The Anglican Church of Ghana says it has begun investigations into a circulating video of a Priest ‘force-kissing’ some female students of the St. Monica’s College of Education of the Asante-Mampong Diocese in the Ashanti Region.

A statement signed by the Executive Director to the Metropolitan Archbishop of Ghana, Venerable Dr. George Dawson-Ahmoah, said the Church is ”saddened by the news and wishes to state expressly that, a thorough investigation has immediately been instituted into the matter and the action of the said Priest would be dealt with in accordance with the norms and values of the Anglican Communion where morality is extremely revered in the Church.”

The Anglican Church also indicated that all efforts are being made to engage the students concerned through counseling sessions to ”avert any psychological issues that may arise as a result of the viral video.”

The church further directed that all further clarifications on the matter should be addressed to the Venerable Dr. George Dawson-Ahmoah on 0244351338.

Social media users are incensed over the trending video that shows the Rev. Father force-kissing some female teacher trainees.

Rev. Fr Baltharzar Obeng Larbi of the St. Monica’s College of Education, fully dressed in his cassock, was seen kissing in turns some girls who were on stage with him on Sunday, August 15, 2021.

In one instance, he was seen gesturing to one of the girls, who appeared very uncomfortable with the move to take off her face mask before holding her head and giving her a kiss on the lips.

The video, shot by a member of the audience has generated wide condemnation on social media, although a few people have jumped to the Reverend father’s defence, describing his action as a ‘holy kiss’.

Reports yet to be independently verified by Citi News indicate that the Rev. Fr. Larbi subjected the girls to the kissing after gifting them an undisclosed amount of money each and presenting them with certificates after a bible quiz.

The Reverend Father is said to be a lawyer and also a chaplain for the school. 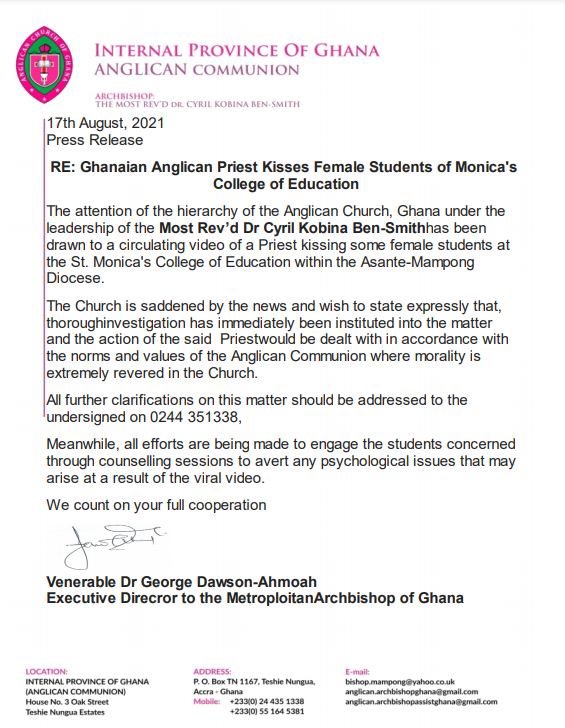