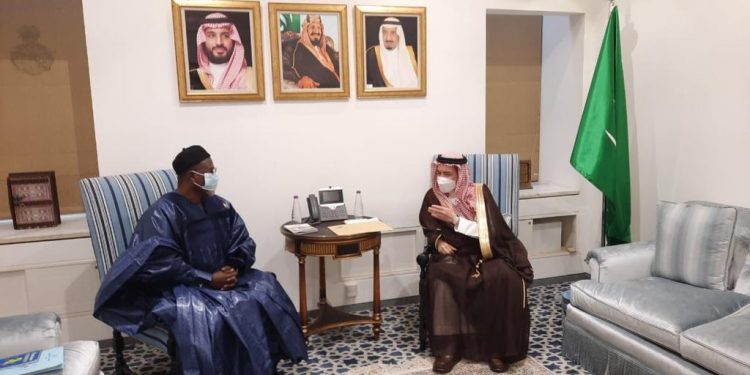 The Ambassador who has begun official duties since his appointment by President Akufo-Addo has also been marketing the policies of the Government being implemented back in Ghana during his meetings with officials of the Saudi Kingdom.

As part of his official duties, the Ambassador has met the Saudi Fund for Development and the Minister of State in charge of African Affairs.

On Monday, June 28, 2021, the Ambassador, in a brief ceremony, presented the Open Letters appointing him as Ghana’s new Ambassador to the Kingdom of Saudi Arabia.

The Deputy Foreign Minister for Protocol Affairs of the Saudi Kingdom, Ambassador Khaled bin Faisal Al-Sehli who received the Open Letters on behalf of the Saudi Foreign underscored the importance of Saudi Arabia’s relations with Ghana noting that the Kingdom considers Ghana as a very important strategic partner in Africa.

He indicated that the appointment of a former Minister of State to the host country signified the desire and intention of the Ghana Government to move the current relations between both countries to a different level. 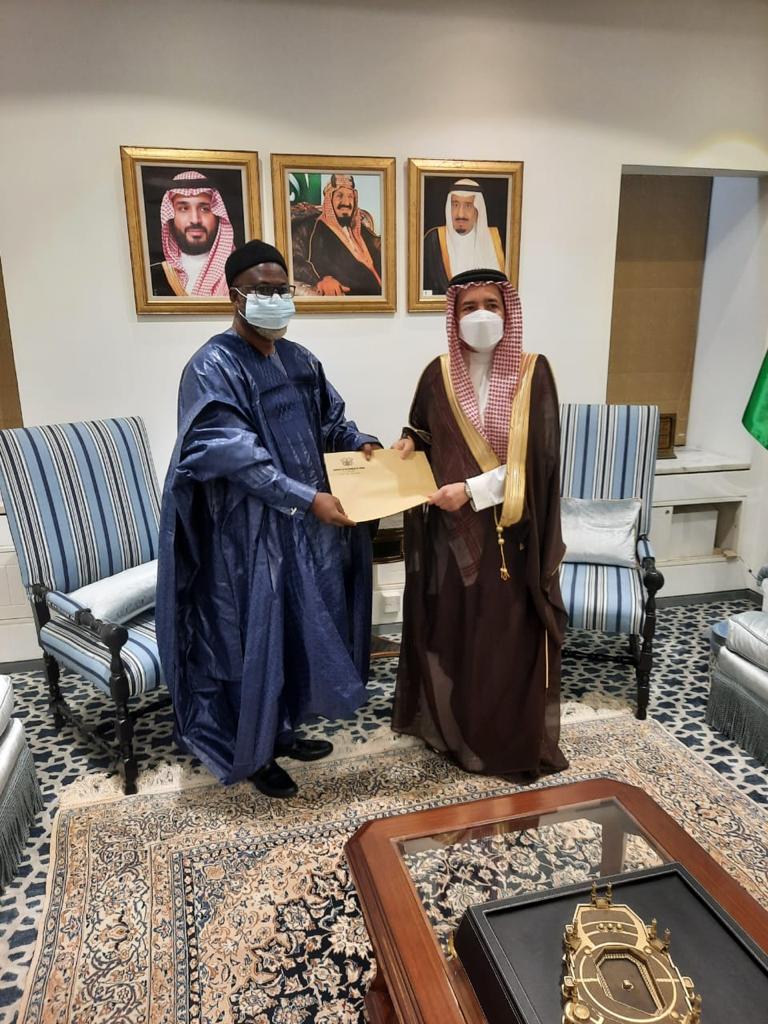 Alhaji Mohammed Habib Tijani thanked the host for the warm reception and hospitality accorded him since his arrival in the country following his appointment as the new Ambassador.

The Ambassador conveyed fraternal greetings and best wishes from President Nana Addo-Dankwa Akufo-Addo to the custodian of the Two Holy Mosques in Saudi Arabia, His Majesty King Salman and to the Crown Prince, Mohammed bin Salman.

The Ghana Ambassador to Saudi during the engagements spent time explaining homegrown policies being implemented by the Akufo-Addo led administration back in Ghana.

Touching on the ‘Ghana Beyond Aid’ agenda being pursued by the Akufo-Addo led administration, Alhaji Habib Tijani said the policy never meant that Ghana was against aid from its foreign allies, but was rather against the over-reliance of foreign aid for its socio-economic development, a situation which from all indications was not sustainable.

He indicated that some home-grown policy initiatives that have attracted Foreign investors include the Planting for Food and Jobs, One (1) District, One (1) Factory policy, One (1) village, One (1) Dam among others.

He was optimistic the implementation of these key initiatives under the Government was benefitting not only the Ghanaian citizens but also the country’s foreign counterparts in the area of export and trade.

He called on the Saudi Officials to invest in Ghana since the country remains the beacon of peace and the fastest growing economy in sub-Saharan Africa.

The Ambassador in his concluding remarks pledged to work collaboratively with the Saudi authorities to ensure that relations between the two countries are elevated to a higher pedestal by the end of his duty tour of the country.