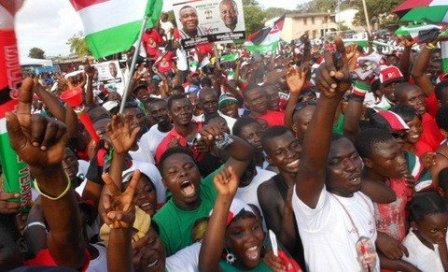 Members of the Tertiary Education Institution Network (TEIN) of the National Democratic Congress (NDC) at the Kwame Nkrumah University of Science and Technology (KNUST), have threatened to demonstrate by next week if issues concerning the strike by the University Teachers Association of Ghana (UTAG) are not addressed.

They contend that the two-week-old strike is adversely affecting students, as many of them have been left stranded.

In an interview with Citi News, the TEIN KNUST President, Theophilus Berchie, urged the government to as a matter of urgency draw a roadmap on how the grievances of their lecturers would be addressed.

Out of court settlement

The latest to the impasse is that, the High Court’s Labour Division, 1, advised the National Labour Commission (NLC), and UTAG, to settle the stalemate over their industrial action out of Court.

UTAG, since the declaration of its indefinite strike on August 2, has consistently accused the National Labour Commission of bad faith in serving as an arbiter in the impasse between it and the government.

The Labour Commission declared UTAG’s strike as illegal and went ahead to secure an injunction to stop the association.

It is seeking contempt charges and sanctions against the leadership of the teacher union following the latter’s decision not to call off the strike.

But, the Presiding Judge, Justice Frank Rockson Aboadwe, on Monday, August 16, 2021, urged the parties to re-evaluate their positions on the matter and consider returning to the negotiation table.

The court also awarded a cost of GH¢3,000 against UTAG for what the court says was a waste of its time.