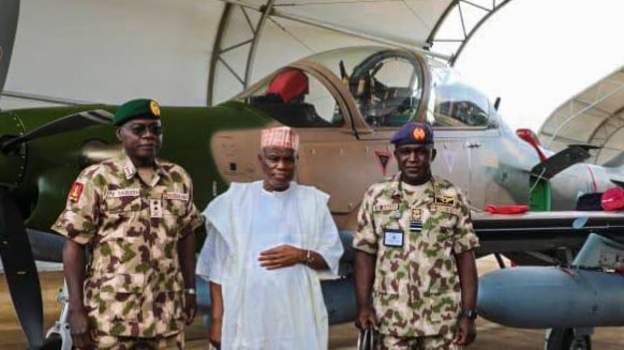 The Nigerian military says it has killed at least 78 gunmen belonging to what it calls criminal gangs during an aerial bombardment of their hideouts in the northwest of the country.

Many fighters were killed as they tried to escape the airstrikes on motorbikes, Air Commodore Edward Gabkwet said

In recent weeks, the Nigerian security forces have intensified operations against armed militants.

The militants have abducted more than 1,000 students from schools and colleges since last December. About 300 of the schoolchildren are still in captivity.

The Nigerian authorities have been criticised for their failure to end the violence which has also claimed thousands of lives in recent years.

On Thursday, Amnesty International asked for fair trials for anyone accused of violence.