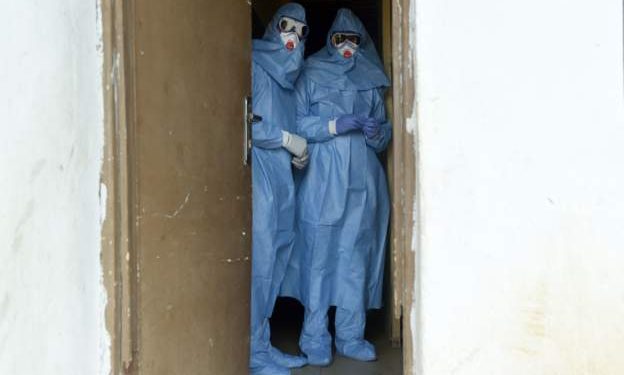 A government-licensed recruiting agency based in Nigeria’s capital Abuja is conducting interviews for doctors to work in Saudi Arabia.

It is coming at a time resident doctors across the country under the Nigerian Association of Resident Doctors are on a strike over poor pay and allowances.

Dozens of doctors have been applying for the jobs through Meed Consultants, which is recruiting doctors in different specialities under a programme tagged “Saudi Ministry of Health Doctors Recruitment August 2021”.

Flyers announcing the recruitment have been circulating widely on social media, especially on WhatsApp platforms.

A consultant pathologist, Dr Kura Phillip who came in for the interview on Thursday told the BBC that the problems faced by Nigerian doctors in the country had already been outlined by their union which prompted the ongoing strike.

He cited the “meagre” hazard allowances given to doctors exposed to “numerous illnesses, ranging from communicable diseases, so many pandemics” that were easily transmissible.

He said they were not being covered by insurance when they fell sick. “You are on your own”.

He said he wanted to leave the country “so that I can practise elsewhere …and have a first-hand experience” of what he could get compared to the situation in Nigeria.