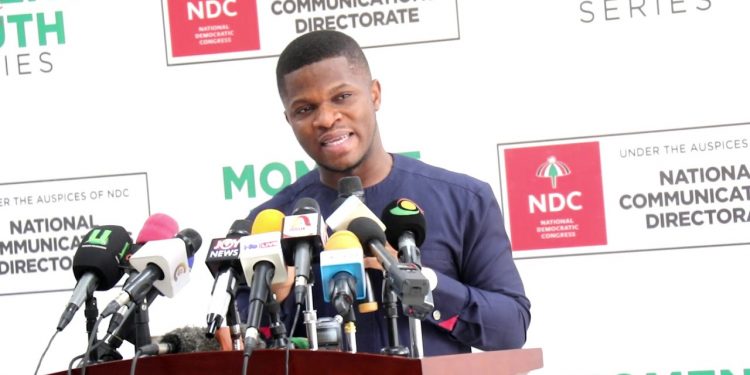 The National Democratic Congress (NDC) has said the governing New Patriotic Party (NPP) is dazed remarks made by former President John Dramani Mahama during his recent ‘Thank You Tour’.

According to the NDC, officials of the NPP are attacking the former president because of what the opposition party claimed was ‘naked truth’ uttered by Mr. Mahama during the tour.

Mr. Mahama last week began what he says was a tour to thank Ghanaians for keeping faith with him and voting for the NDC in the 2020 elections.

The NPP has since issued a number of responses criticizing the former President for some of the remarks he made during the tour.

The NPP among other things accused Mahama of attempting to paint a narrative of hardships on Ghanaians and levelling misleading corruption allegations at the government.

Particularly, the NPP was not pleased by a call from Mr. Mahama for the NPP to be voted out in 2024 as the only way of holding President Nana Akufo-Addo’s appointees to account for their stewardship.

Responding to these claims at a press conference in Accra on Monday, August 30, 2021, National Communications Officer of the NDC, Sammy Gyamfi, said the NPP had panicked over Mr. Mahama’s call for accountability because its officers are neck-deep in “systematic corruption”.

He recounted a series of corruption allegations which he says the government had refused to investigate and punish perpetrators.

These included the PDS and Movinpina oil scandals, as well as the Sputnik V scandal.

He said Ghanaians “have not forgotten about the infamous PDS scam, through which Ghana lost over a billion dollars of a grant from the United States of America. You would recall how in the year 2019, PDS a company made up of an appointee and cronies of President Akufo-Addo, used a fraudulent Insurance Guarantee to take over the GHS20 billion assets of the Electricity Company of Ghana.”

“This scam was occasioned and facilitated by the Vice President of the Republic, Dr. Bawumia to amend the requirement of a bank guarantee that has to be provided by the concessionaire (PDS) into an insurance guarantee, the validity of which the government deliberately refused to authenticate, so they could capture that important state asset, ECG for the family and friends of President Akufo-Addo. Even more bizarre and sad is the fact that to date, PDS has refused to refund to the State the electricity bills worth over GHS1.2 billion which they collected from ECG customers during the pendency of the ECG-PDS concession Agreement,” he insisted.

Mr. Gyamfi accused the government of a grand scheme to empty the public purse for personal gain and said the former President’s call was timely.

He urged Ghanaians to disregard the NPP’s claims and remain focused on voting them out in 2024.